Australians will feature in both singles finals at the 2012 Cairns Tennis International. 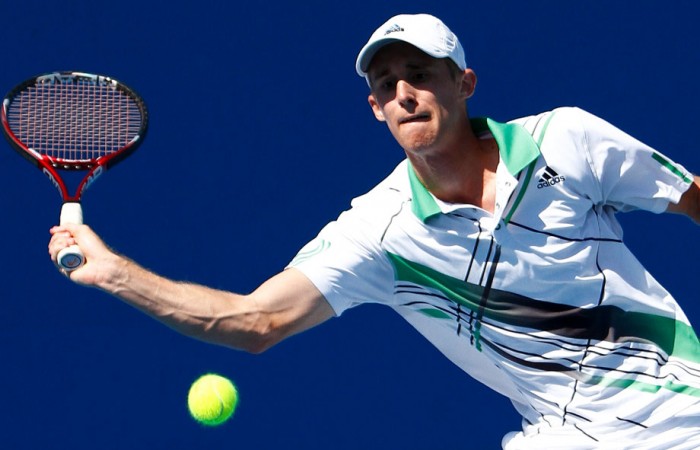 Australians will feature in both of Sunday’s singles finals at the 2012 Cairns Tennis International.

Australian Sacha Jones has looked invincible all week dropping no more than three games in any of her matches. Her semifinal was no different with Jones leading 6-2 3-0 when her opponent, Victoria Larriere (FRA), was forced to retire due to a back injury.

Top seed and Queenslander Michael Look was the first player through to the 2012 men’s singles final. Look recovered from a slow start to defeat 19-year-old Alex Bolt (AUS) 7-6(8) 6-4. Look will be hoping to win his first title of 2012 after winning twice on the Australian Pro Tour in 2011.

Look’s opponent in the final will be Australian young gun Luke Saville. Saville defeated Nick Lindahl in the match of the day.

Saville raced out to a 6-2 2-0 lead before Lindahl turned the tide winning the next four games and second set 6-4. Saville lifted a gear in the third set before closing out a 6-2 4-6 6-2 victory.

Saville won his first Pro Tour title in Thailand earlier in the year but will be looking for his first career title on the Australian Pro Tour. A win this week would see Saville improve his ranking inside the top 500 in the world.

> View the complete draws and order of play