US Open: Ebden goes down to Chardy

UPDATE: Matt Ebden's US Open run has come to an end at the hands of No.32 seed Jeremy Chardy, who beat the Australian in straight sets. 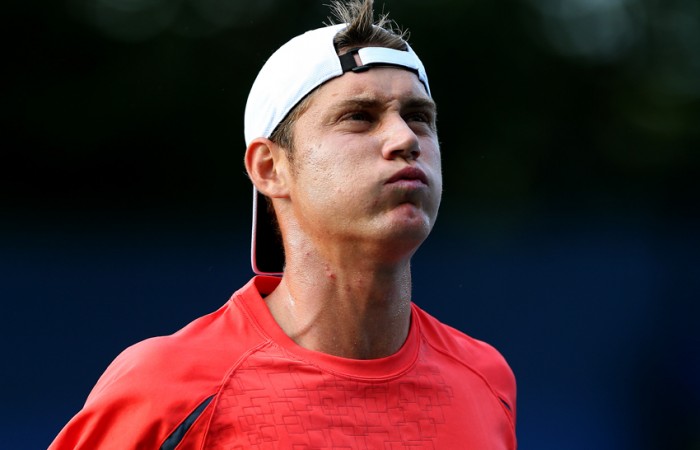 Matt Ebden’s run at US Open 2012 has come to an end at the hands of No.32 seed Jeremy Chardy, who defeated the Australian in straight sets.

Ebden succumbed 6-4 6-2 6-2 to Chardy after unsuccessfully disputing a line dubious call that ultimately cost him the opening set.

With games on serve until 4-4, Ebden let slip a 40-love lead, double-faulted to hand Chardy the game-point advantage and then protested when a forehand return from the 32nd seed was called in.

It looked out but, with no replay challenges available on Court 8, Ebden’s exchange with chair umpire Jake Garner was all in vain.

After losing the following game to drop the set, it was all downhill for Ebden, with Chardy running away with the match.

“It was good quality I thought at the start. It was a very close match, we were both playing well on our serves, lots of points won by winners … he (then) got on top of me, I maybe let one or two serves go out,” Ebden reflected.

“It was tough from there. He’s a player like that, when he gets up, he’s a real frontrunner, you can see the confidence he plays with. He started smashing winners and aces everywhere, and it was uphill from there.”

Had he won, the 24-year-old would have played unseeded Martin Klizan after the Slovak eliminated French fifth seed Jo-Wilfried Tsonga in a major surprise.