Olivia Rogowska has been awarded a wildcard into the US Open main draw. 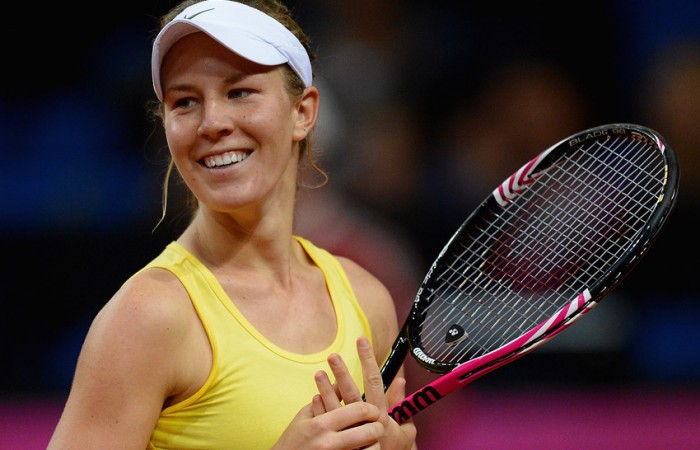 Olivia Rogowska has been awarded a wildcard into the US Open main draw.

The decision comes after compatriot and world No.106 Casey Dellacqua was granted direct entry into the tournament after a number of withdrawals in the women’s competition.

On Monday it was announced 2004 US Open champion Svetlana Kuznetsova, world No.15 Kaia Kanepi and world No.18 Flavia Pennetta had withdrawn from the tournament, with news also surfacing yesterday that world No.16 Vera Zvonareva had also pulled out of the event due to illness.

Dellacqua moves into the field on her own accord with Tennis Australia officials now able to grant the world No.115 Rogowska a berth thanks to a reciprocal wildcard agreement between the United States Tennis Association and Tennis Australia.

Rogowska has had a fantastic start to 2012, enjoying a career-high ranking of No.111 in March after she reached the quarterfinals of the WTA event in Kuala Lumpur and winning her sixth ITF Pro Circuit title in Burnie in February.

The 21-year-old was also called up to represent Australia at the Fed Cup for the first time. She played  in the World Group Play-off tie against Germany in April, where the team defeated the host nation to move up to the World Group in 2013.

The Flushing Meadows call up for Rogowska also isn’t a foreign one. She has contested the US Open main draw once before. In 2009, she took a set off then world No.1 Dinara Safina of Russia but narrowly went down in three sets 6-7(5) 6-2 6-4.

Draws will be released on Thursday.