Australians Marinko Matosevic and Casey Dellacqua have qualified for the main draw at the combined ATP/WTA event in Cincinnati with wins on Sunday. 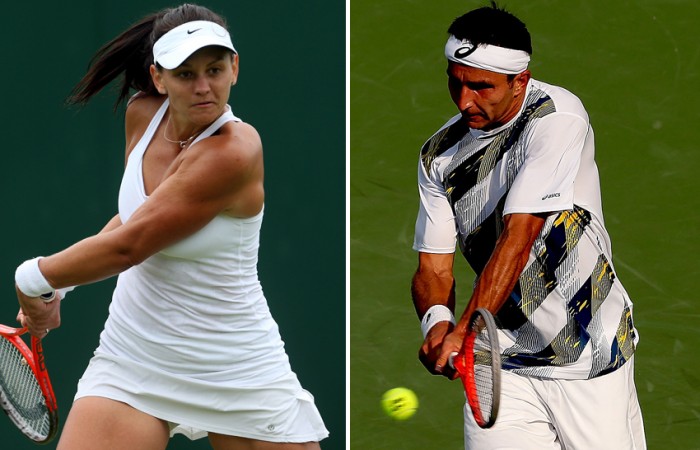 Australians Marinko Matosevic and Casey Dellacqua have secured spots in the main draw at the combined ATP/WTA event in Cincinnati thanks to wins in the final round of qualifying on Sunday.

Matosevic advanced following a comprehensive 6-0 6-2 win over Poland’s Jerzy Janowicz, requiring just over one hour to complete the win.

The Victorian was excellent on serve, winning 91 per cent of points when he landed his first delivery, and saving the only break point he faced during the match.

The win was an improvement on his first round qualifying vicory, which saw him struggle from a set behind to eventually defeat Germany’s Benjamin Becker in three.

Dellacqua’s run to the main draw in Ohio was less straight-forward.

The world No.108 defeated 18th seed Melinda Czink 6-4 7-6(2), overcoming five double faults to progress after one hour and 24 minutes.

It’s been an impressive week for Dellacqua, overcoming the disappointment of her early exit in the $50,000 ITF Bronx event to beat No.9 seed Lucie Hradecka in straight sets in the first round of Cincinnati qualifying.

The Western Australian will face fellow qualifier Johanna Larsson of Sweden in the first round of the main draw.

Matosevic has drawn Spaniard Pablo Andujar in his opener.

Tomic kicked off his campaign in style with a straight-set defeat of dangerous American Ryan Harrison on Sunday.

> read about Tomic’s first round win

Other Aussies Matthew Ebden, Jarmila Gajdosova and Olivia Rogowska all fell earlier in the men’s and women’s qualifying events.