Bernard Tomic defeated Ryan Harrison on Sunday in the opening round of the ATP Cincinnati Masters, continuing to build on his more positive recent form. 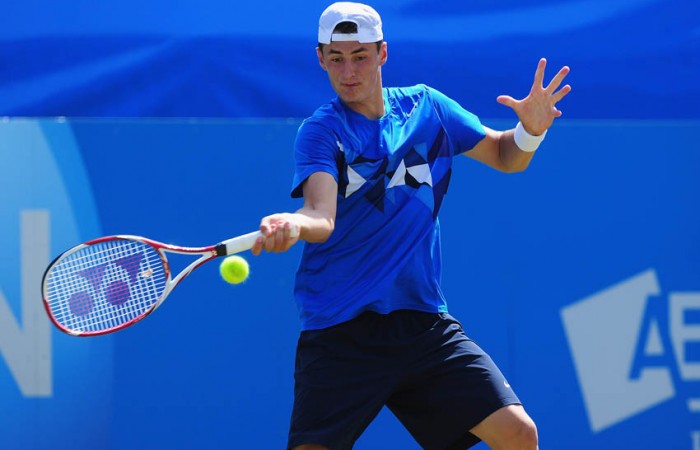 Bernard Tomic has defeated Ryan Harrison 6-4 7-6(5) on Sunday in the opening round of the ATP Cincinnati Masters, continuing to build on his more positive recent form.

The Australian, who last week snapped a seven-match losing streak going back to his second-round exit at the French Open, needed 91 minutes to overcome his American opponent.

Tomic, 19, will next face either Brian Baker or Philipp Kohlschreiber, with Roger Federer likely to await in the third round should he advance that far.

Tomic is desperate to find form ahead of the US Open, which starts on August 27, but more importantly is in danger of falling outside the ATP’s top 50.

In the past seven weeks, Tomic has slipped from a career-high mark of No.27 in the world to 49th, and also lost his all-important status as a grand slam seed.

The 2011 Wimbledon quarterfinalist is likely to have no protection against the top 32 seeds in the first two rounds at Flushing Meadows, unless he rediscovers his form and advances past the likes of Federer at this week’s tournament.