Bernard Tomic snapped a seven-match losing streak and Matthew Ebden overcame a horrendous start to advance at the Canadian Open on Monday. 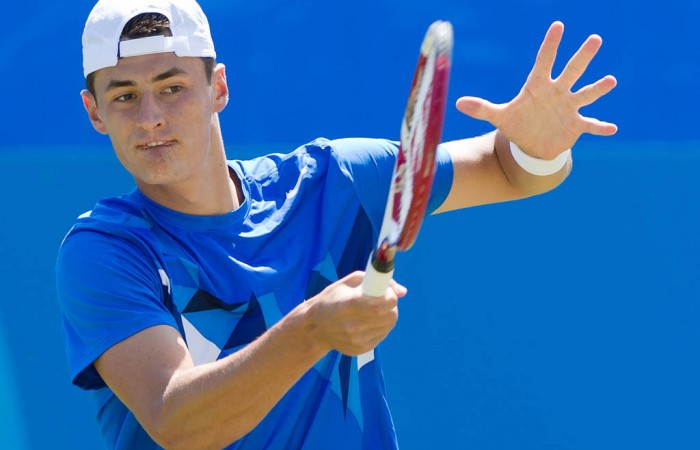 The 19-year-old Tomic fought off five of six break points faced on serve and broke Berrer twice en route to his 20th match win of the season.

With the victory, he snapped a seven-match losing streak going back to his second-round exit at the French Open in May.

The Australian now faces the daunting task of meeting defending champion and world No.2 Novak Djokovic in the second round.

The pair have met twice previously with Djokovic taking the honours on both occasions, at Wimbledon in 2011 and in Rome this season.

Yet the Australian, currently ranked No.80, beat Fish in their only prior meeting, winning in straight sets at the Indian Well Masters.

Against Polanski, Ebden maintained his break advantage in the second set despite the Canadian’s frequent attempts to break back, and eventually wrapped up the three set win one hour and 51 minutes.

In other first-round results, Pablo Andujar of Spain accounted for Lukas Lacko of Slovakia 6-2 4-6 6-2 and Italy’s Flavio Cipolla beat Jurgen Zopp of Estonia 6-1 6-2.