Aussies Bernard Tomic, Marinko Matosevic and Matt Ebden are among the 2012 US Open main-draw entries, a field headed by Roger Federer and Novak Djokovic. 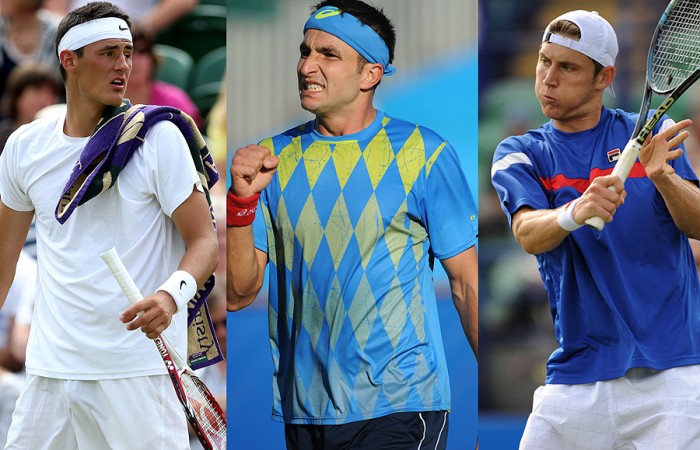 World No.1 Roger Federer, defending champion Novak Djokovic and third-ranked Rafael Nadal will headline the field at the 2012 US Open, a tournament which will feature the world’s top 101-ranked men.

Among this group will be three Australians in world No.45 Bernard Tomic, No.73 Marinko Matosevic and No.82 Matthew Edben.

The USTA announced that three players – Tommy Robredo, Somdev Devvarman and Paul-Henri Mathieu – will gain direct entry into the draw based on protected rankings. The remaining places in the 128-man field will be taken by 16 qualifiers and eight wildcards.

One of those wildcards will be awarded to an Australian player, thanks to a reciprocal deal between the United States Tennis Association and Tennis Australia.

Lleyton Hewitt is one of many candidates for the wildcard, with his current ranking of No.150 seeing him miss the direct-entry ranking cutoff of No.104. His other option for entering the draw would be to come through three rounds of qualifying.

Tennis Australia is expected to make its wildcard announcement in the lead-up to the US Open, which will be staged at Flushing Meadows in New York from 27 August to 9 September.

Hewitt, the US Open winner in 2001, is one of six former US Open champions active on tour. Others include Andy Roddick (2003) and Juan Martin del Potro (2009). The top-ranked trio of Federer, Djokovic and Nadal have combined for seven US Open titles, with Federer’s five wins (2004-2008) the biggest haul of the lot.

The US Open women’s main-draw entrants are expected to be announced soon.

Aussies Sam Stosur and Jarmila Gajdosova are in line to gain direct entry into the field based on their current rankings of No.5 and No.97 respectively. There will also be an Australian female granted a reciprocal wildcard.

Both the men’s and women’s champions at this year’s tournament will receive US$1.9 million.