Mixed results for Aussies in Newport

Lleyton Hewitt coasted into the second round at the Hall of Fame Tennis Championships in Newport, while compatriots Matthew Ebden and Marinko Matosevic fell. 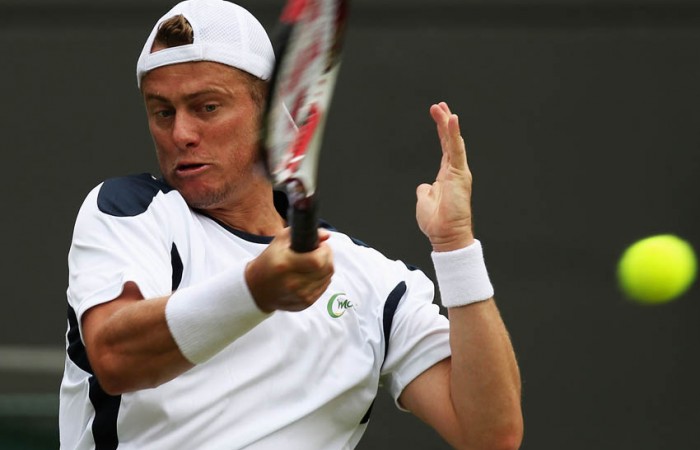 Lleyton Hewitt has progressed to the second round of the Campbell’s Hall of Fame Tennis Championships in Newport, Rhode Island, ousting wildcard Vasek Pospisil in straight sets.

Hewitt’s 6-1 6-1 demolition of the Canadian world No.105 showcased the Australian’s credentials on grass, which have helped reap four titles at the Queens Club event and the Wimbledon singles crown 10 years ago.

In his first appearance in Newport in 14 years, Hewitt brushed aside his opponent in just 49 minutes, winning 75 per cent of points behind his first serve and breaking serve six times from seven opportunities.

Currently ranked No.233 after an injury-plagued 2012 season, he will next face American qualifier Tim Smyczek at the ATP 250 event.

In another battle between Canadian and Australian, Matthew Ebden was unlucky to come up short.

Raonic’s powerful serve proved the difference in this match – he slammed 26 aces and won 83 per cent of points behind his first delivery.

Matosevic, the world No.73, shrugged off a slow start to make the match competitive, before ultimately losing 6-2 7-6(8).

Hewitt will continue his campaign at the site of the International Tennis Hall of Fame when he takes on Smyczek in the second round, the final match of the day on Centre Court on Wednesday.