Townsville's John-Patrick Smith has jumped almost 100 places in the ATP rankings following his win at the Winnetka Challenger in Illinois, United States. 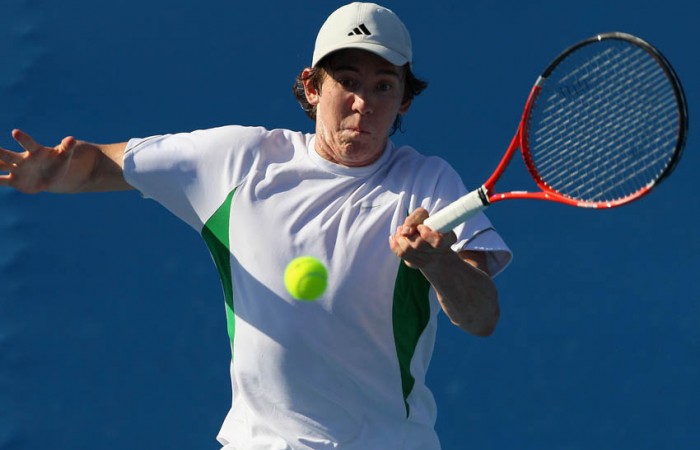 Townsville’s John-Patrick Smith has jumped almost 100 places in the ATP rankings following his win at the Winnetka Challenger in Illinois, United States, becoming the fifth-ranked Australian in the process.

The Aussie, who carved out an extremely successful college tennis career from 2007 to 2011 at the University of Tennessee before turning his attention to the ITF circuit, rose from world No.298 to No.210 following the victory, the biggest tournament title of his career.

Smith came through qualifying before eventually defeating world No.148 Ricardas Berankis of Lithuania in the final, winning seven matches in the process.

The ranking order of Australia’s top four men remained unchanged, with Bernard Tomic retaining the mantle of the No.1 ranked Australian despite falling to world No.45 following his first round defeat at the All England Club.

On the women’s side, Sam Stosur maintained her top five WTA ranking, having improved on last year’s first round exit at Wimbledon with a run to the second round in 2012. She currently sits at No.5, behind Victoria Azarenka, Agnieszka Radwanska, Maria Sharapova and Wimbledon winner Serena Williams.

Unfortunately, Aussie No.2 Jarmila Gajdosova fell 19 places to world No.95, her first round defeat at SW19 meaning she was unable to defend the points she accrued from her run to the third round in 2011.

There is sure to be better news for our juniors, with Nick Kyrgios in particular poised for a significant jump after his quarterfinal finish in the Wimbledon boys’ singles event as well as his run to the boys’ doubles title with compatriot Andrew Harris.

The new ITF junior rankings – in which a player’s singles and doubles results are combined – are expected to be released later this week.