Dellacqua withdraws due to illness

A gastrointestinal illness has ended Casey Dellacqua's campaign at the WTA event in Birmingham, sending Jelena Jankovic into the quarterfinals. 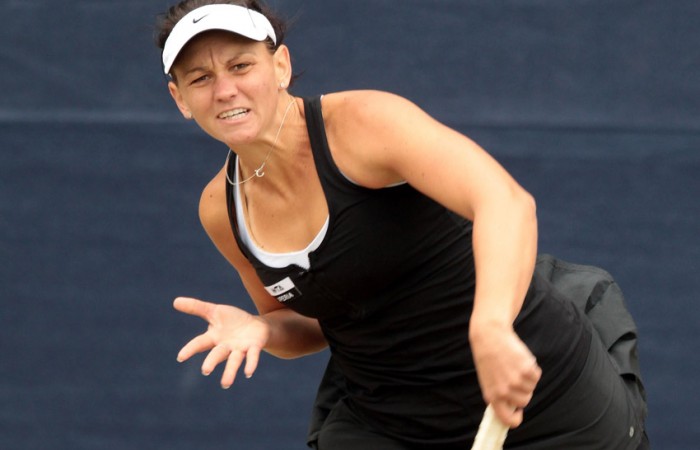 Australian Casey Dellacqua has been dealt a blow in the lead-up to Wimbledon, a gastrointestinal illness forcing her to withdraw prior to her third round match against Jelena Jankovic in Birmingham.

It was an unfortunate turn of events for the world No.107, who had won consecutive matches in the main draw of a tour-level event for the time in two-and-a-half years to reach the third round.

She also missed the opportunity to face a vulnerable Jankovic, who has gone 7-9 since March and lost in the first round of four of her last six tournaments. Jankovic has slipped to world No.22 from her mark of No.14 at the beginning of the season.

Dellacqua will have a week-and-a-half to recover before Wimbledon, which begins on Monday 25 June.

Across in Bad Gastein, Sacha Jones has fallen in the second round of the WTA International-level claycourt event to France’s Alize Cornet.

Despite the 6-3 6-2 defeat, Jones made it a competitive affair, extending the match to one hour and 36 minutes before succumbing. Yet she was ultimately hurt by her serve, which produced seven double faults.

The world No.212 switched allegiance from New Zealand to Australia in early 2012, with Australia being her father’s country of birth.