Casey Dellacqua and Anastasia Rodionova have won through to the second round of the WTA Birmingham event, while Olivia Rogowska fell at the first hurdle. 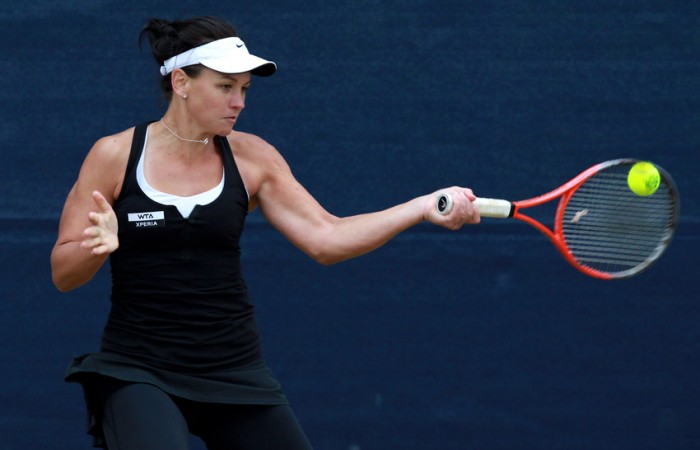 Casey Dellacqua has continued her solid form on the grass courts of Great Britain, winning through to the second round of the WTA event in Birmingham.

Although Dellacqua struggled on serve throughout the match, dishing up nine double faults and facing 19 break points, she did enough to record a 6-2 3-6 6-2 win in one hour and 49 minutes.

Also lurking in Dellacqua’s section of the draw is compatriot Anastasia Rodionova, who progressed to the second round at Edgbaston thanks to a three-set victory.

Rodionova defeated American qualifier Abigail Spears 7-6(3) 1-6 6-1, shrugging off the disappointment of the second set drubbing to turn the tables and win in just under two hours.

The Victorian will take on Stephanie Foretz Gacon in the second round, after the Frenchwoman beat No.16 seed Daniilidou in straight sets.

The news was not so good for Aussie Olivia Rogowska, who fell in straight sets to Russian Elena Vesnina.