World No.1 junior Luke Saville has gone down in the quarterfinals of the boys' event at Roland Garros, ending the Aussie's hopes of winning a junior Grand Slam. 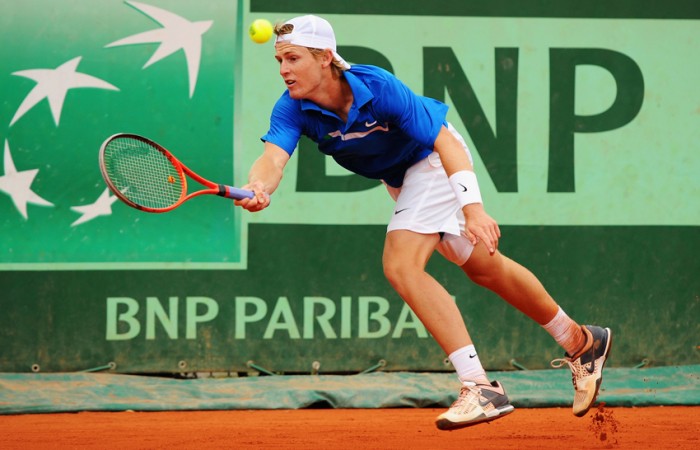 Luke Saville has fallen in the quarterfinals of the French Open boys’ event, going down 6-3 6-3 to Czech No.11 seed Adam Pavlasek.

Having won the Australian Open junior title and currently the world No.1 junior, Saville was hoping success in the French capital would keep alive his hopes of claiming a calendar-year Grand Slam.

But unfortunately for the Aussie, it was not to be. His loss in one hour and 14 minutes allowed Pavlasek to move into a semifinal clash with Canadian Filip Peliwo, the player Saville defeated in the final at Melbourne Park.

Saville and Pavlasek have now split four meetings at Grand Slam events, with the Aussie claiming wins at the Australian Open in 2011 and 2012 and Pavlasek taking the honours at the 2011 US Open and here in Paris. Their overall head-to-head now stands at 3-2 in the Czech’s favour.

This match, too, was fairly even, at least more so than the scoreline reflected. Saville would come to rue his missed opportunities on the Czech’s serve, ending the match having converted just one of nine break point chances.

The 11th seed’s serve proved decisive in the end, with Pavlasek winning 74 per cent of points behind his first delivery compared with Saville, who managed just 56 per cent.

On a better note for the Aussie junior contingent, the pairing of Andrew Harris and Nick Kyrgios advanced to the semifinals of the boys’ doubles event following a nail-biting three-set defeat of Indian Arjun Kadhe and Jorge Brian Panta Herreros of Peru.

The 6-2 5-7 [11-9] victory – clinched in a deciding super tiebreak – sets up a final four showdown with the unseeded French pairing of Enzo Couacaud and Alexandre Favrot.