Australia’s Fed Cup team will play top seeds the Czech Republic in their World Group tie in February next year. 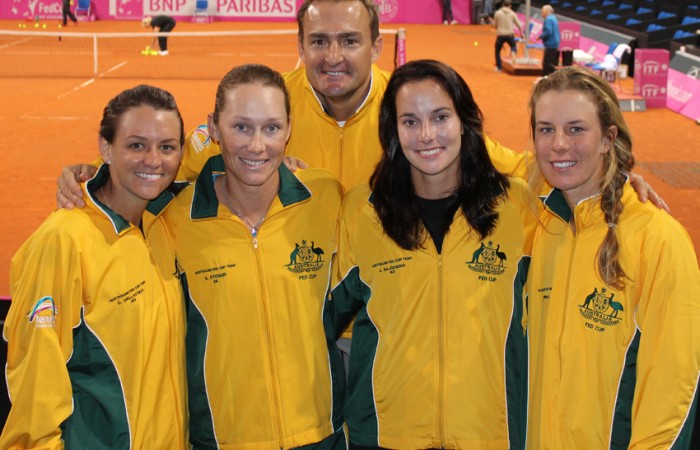 Australia’s Fed Cup team will play top seeds the Czech Republic in their World Group tie in February next year.

The two teams will meet in the Czech Republic on 9-10 February 2013 with the venue and surface to be announced at a later date.

The Czechs posted a 4-1 victory over Italy in April to advance to the Fed Cup final. The defending champions will play Serbia in November for their seventh title.

Australia’s Fed Cup team won their World Group Play-off tie 3-2 against Germany in Stuttgart in April to advance to the higher group.

The Australian team consisted of Samantha Stosur (No.6), Jarmila Gajdosova (No.72), Casey Dellacqua (No.108) and Olivia Rogowska (No.123).

The draw for the 2013 Fed Cup by BNP Paribas ties was conducted at the Musée de la Fédération Française de Tennis at Roland Garros in Paris on Wednesday night.

The other ties that will make up the first round of the 2013 World Group are  Italy v USA, Russia v Japan and Serbia v Slovak Republic.