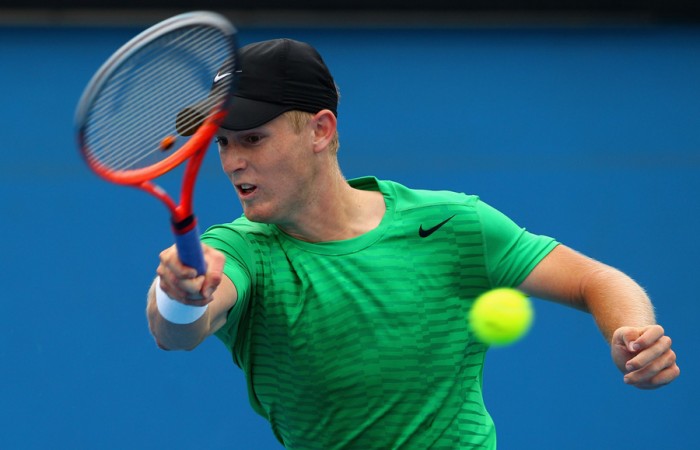 With the current stars of the game currently wielding their racquets on the red clay of Roland Garros, come Sunday it will be the future of the sport doing the same, as the French Open juniors event kicks off this weekend.

And there is plenty of Australian interest in the event, with reigning junior Wimbledon and Australian Open champion Luke Saville heading the boys tournament in Paris as the top seed.

South Australian Saville will be joined by compatriots Andrew Harris, Nick Kyrgios and Jordan Thompson in the draw, the quartet having honed their claycourt games the week before last at Tennis Australia’s new training base in Munich.

Historically, good results at the junior tournament at Roland Garros has lead to similar success for players in the professional ranks. Between 1980 and 2006, more than 96 per cent of French Open junior boys’ champions have gone on to crack the ATP top 100.

It’s a statistic that will ring significant to Saville, who arrives in the French capital hoping to keep alive his hopes of capturing a junior calendar year Grand Slam.

He takes on local Maxime Hamou in his first round match as the only Aussie junior in action on Day 8 at Roland Garros.

Saville is in his last year of being eligible to contest ITF junior events, although the junior world No.1 has played increasingly in senior events on the ITF Futures circuit throughout 2012 and enjoyed resounding success.

He claimed his first career professional title at a futures event in Bangkok, Thailand, backing that result up with a quarterfinal finish in a second Bangkok Futures event the following week. His ATP ranking, which sat well outside the top 1,000 at the beginning of the season, is now up to No.591.

The 18-year-old will be hoping these results prepare him for a strong showing at Roland Garros, as he attempts to erase the memory of last year’s first round loss to Japan’s Kaichi Uchida.

Clay is not the Australian’s strongest surface – in his only tournament on dirt prior to the junior French Open at the Futures event in Bled, Slovenia, Saville fell in his opening match to fellow Aussie Thanasi Kokkinakis.

Also making his prospects trickier is the strength of the boys’ field in Paris, which features all members of the junior top 20.

Among them is Australian world No.13 Andrew Harris, who like Saville has begun transitioning from junior to senior tennis in 2012.

The Victorian, son of former world No.23 Anne Minter, played a handful of Futures and Challenger events in Australia earlier this year before returning to the junior circuit in May to contest the Astrid Bowl event in Charleroi, Belgium, where he lost his opening match.

He had a happier time on the doubles court, reaching the final before losing to the Aussie-Kiwi pairing of Harry Bourchier and Cameron Norrie.

Harris will be hoping to translate that success to the singles court when he takes on Czech Vaclav Safranek in his first round match at Roland Garros.

Thompson also contested the Astrid Bowl event, and enjoyed a successful tournament by progressing to the semifinals.

It continued an encouraging run of results on the junior circuit for the Sydneysider, who won his third ITF junior title in Austria in early May.

The junior world No.44, who qualified for the French Open junior event as a special exempt entry due to his performance in Belgium, will attempt to carry his solid claycourt form into his first round match in Paris, where he takes on 12th seed Mackenzie McDonald of the United States.

Kyrgios, inactive since April, built up some senior experience earlier this year when he travelled to Japan to contest some ITF Futures events, winning a handful of matches and making his debut on the ATP rankings list.

Currently the 27th-ranked junior, with his most recent junior event being the Australian Open, Kyrgios takes on Indian Arjun Kadhe in the first round.