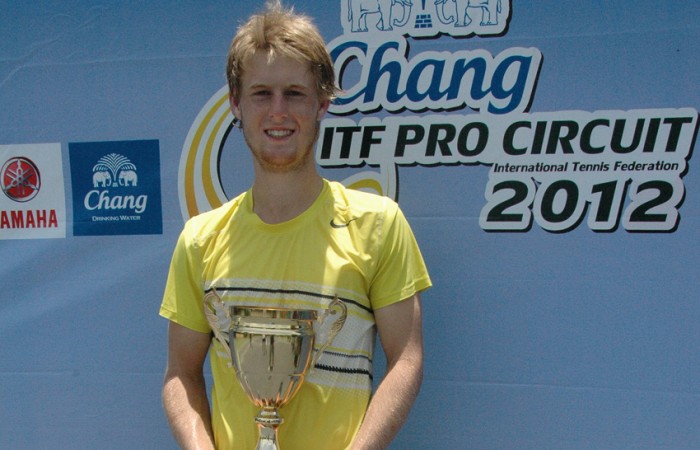 In hot and humid conditions, the South Australian defeated world No.385 and No. 1 seed Di Wu (CHN) in the second round before toppling No.6 seed Arata Onozawa (JPN) and No.7 seed Shuichi Sekiguchi (JPN) to reach his first ever Pro Circuit final.

Saville, the world No.742, then fought back from a set down to win the championship over unseeded Frenchman Antoine Escoffier, 2-6 6-4 6-0, on Saturday.

“It was great to win my first pro tour title, especially as I saved a match point in my first round,” Saville said.

“I’ve been training really hard over the past couple weeks and it is pleasing to come out with a victory under my belt. I’m hoping to build on this in my preparation for upcoming events.”

Scott Ray, ITF Supervisor added: “It has been between 35 and 38 degrees every day with high humidity, and in the face of these added challenges and a string of quality opponents, Luke’s ability to maintain his focus, and if you like, ‘keep his cool’ was the foundation on which he masterminded this great result.

“Luke has already set high standards of professionalism on and off the court and it is uplifting to watch his successful transition from junior ITF to pro circuit events.”

The title marks a significant stepping stone in Saville’s career. His world ranking is now expected to rise to the high 500’s.

Saville will play a second Futures tournament in Bangkok before heading to Europe for the claycourt season.