Aussies in doubles action on Day 7

With no Aussies in singles action on Saturday, the green-and-gold will get its chance to shine on the doubles court on Day 7 at the French Open. 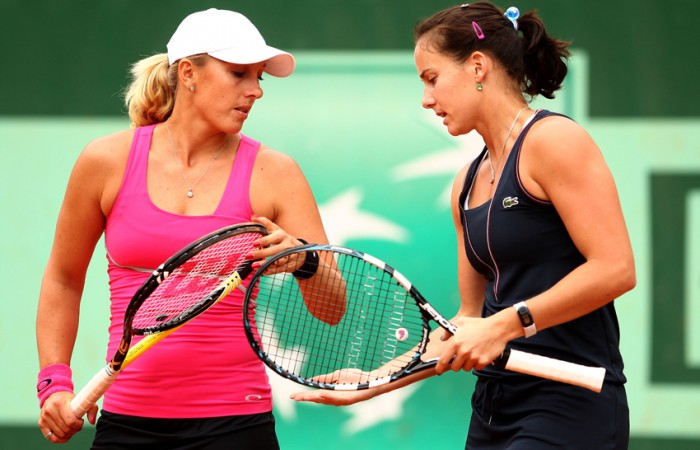 With Sam Stosur enjoying a well-deserved rest day following her impressive victory over Nadia Petrova in the third round, there will be no Aussies in action on the singles court on Saturday.

This will leave the green-and-gold to shine on the doubles court on Day 7 at Roland Garros, with Jarmila Gajdosova, Paul Hanley and Jordan Kerr all flying the flag on the Parisian clay.

Following her success in the women’s doubles on Friday with compatriot Anastasia Rodionova, Gajdosova will look to complete her first round mixed doubles match, which has already been suspended for two days running due to darkness.

A win for the Aussie and her Brazilian partner Bruno Soares will set up a second round clash with top seeds Liezel Huber and Max Mirnyi.

Paul Hanley has a busy day on court, first pairing with fellow Aussie Jordan Kerr in the second round of the men’s doubles before returning to court to partner South Africa’s Natalie Grandin in the mixed competition.

Meanwhile, plenty of international stars will strut their stuff in the singles, with Rafael Nadal, Maria Sharapova, Andy Murray, Li Na and Caroline Wozniacki all in action on Saturday in Paris.

You can catch all the live action from Day 7 on Fox Sports 2 tonight from 9.30pm AEST. More information can be found in our TV Guide.