Tomic through, Ebden falls in Nice

Bernard Tomic has eased through to the second round of the Open de Nice, but compatriot Matthew Ebden fell in his opening match in straight sets. 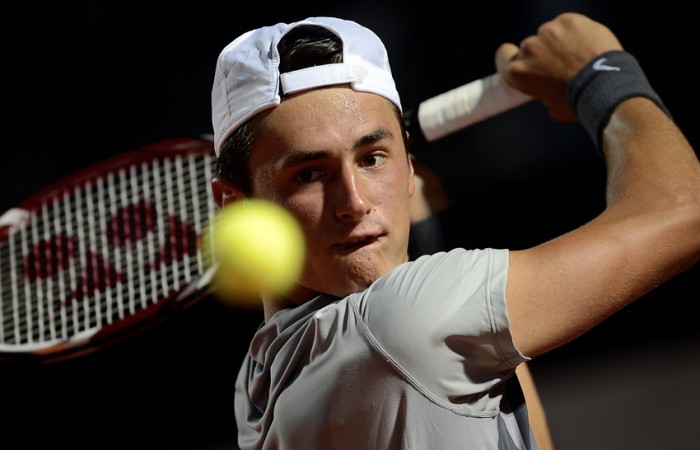 Bernard Tomic has continued his solid claycourt preparation ahead of the French Open, defeating Slovakian Lukas Lacko in straight sets at the ATP 250 event in Nice, France.

Tomic progressed to the second round of the tournament after recording a 6-2 6-3 victory in one hour and five minutes.

The fifth seed, who improved his claycourt record in 2012 to 6-5, will next meet Kazakhstan’s Mikhail Kukushkin, who moved past American Sam Querrey in straight sets.

Meanwhile, fellow Aussie Matthew Ebden’s record on the dirt this season slumped to 0-4 after he fell to former world No.3 Nikolay Davydenko.

The world No.76 was defeated 6-3 6-3 in one hour and 42 minutes, struggling on serve with five double faults.

After also going down in the first round at Estoril and in the qualifying events in Madrid and Rome, Ebden will be hoping to turn the corner at Roland Garros, where he will contest the main draw in Paris for the first time in his career.