Marinko Matosevic is the top seed in French Open qualifying, joined in the draw by compatriots James Duckworth, Ben Mitchell and Greg Jones. 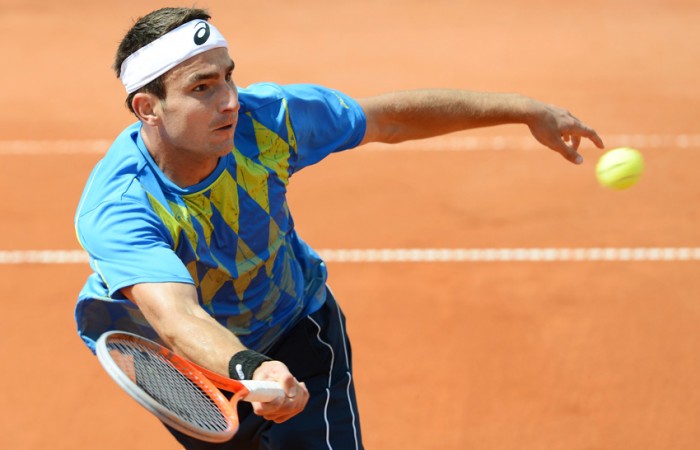 Australian Marinko Matosevic is the top seed in the men’s qualifying draw this week at Roland Garros, heading the field of 128 players battling for one of 16 coveted places into the French Open main draw.

He is joined by fellow Aussies James Duckworth, Ben Mitchell and Greg Jones, each hoping to win the required three matches necessary for a place in the main draw, which begins on Sunday 27 May.

With a ranking of world No.89, Matosevic would normally directly qualify for the main draw of a Grand Slam.

However, with player entry lists determined six weeks out from major tournaments, Matosevic at that time was ranked in the 120s, falling outside the ranking cut-off mark of No.104.

His rapid rise since then has been due to some impressive recent results on both the ATP and ITF circuits, including a run to the quarterfinals of the ATP Munich event as a qualifier, and winning the Athens Challenger the following week.

He will look to carry his stellar form into his first round qualifying match against Frenchman Mathieu Rodrigues. A projected final-round meeting with American 22nd seed Jesse Levine looms.

On paper, Duckworth faces far tougher assignment in his opening match, having drawn No.5 seed Daniel Brands of Germany. The tall, powerful Brands has been ranked as high as No.66 in the world in 2010 and has enjoyed a fruitful claycourt season in the build-up to Roland Garros.

Yet Duckworth has been building a notable claycourt record of his own, the 20-year-old winning a handful of matches at Challenger level in South America and Italy to firmly entrench himself within the top 200.

Mitchell arrives in Paris with slightly less claycourt wins under his belt, but with some encouraging wins in 2012 that have added to his confidence.

Sitting at world No.233, the 19-year-old faces French wildcare Albano Olivetti in his first round encounter, a winnable match given his opponent’s ranking is currently outside the top 300.

Jones returns to the site of some of his biggest junior triumphs, the Sydneysider having reached the junior French Open final in 2007.

Jones comes into the event after fairly limited preparation, having played just two events in the past two months and having not won a match since February. The draw gods have been kind, slotting Jones’ name against unseeded Czech Jan Hernych, ranked No.187.

While the bulk of the qualifying draw predominantly contains journeymen and relatively unknown up-and-comers, it has thrown up some far more recognisable names hoping to rediscover some past glory.

Seeded No.11 in the draw is German Tommy Haas, the former world No.2 who has endured lengthy battles with injury throughout his career.
The 34-year-old will be heartened by his form coming into Paris, having reached the semifinals in Munich on clay as a wildcard to vault his ranking more than 30 places, returning him to just outside the top 100.

He kicks off his qualifying campaign against Argentine Guido Pella.

Another player looking to recapture the magic at Roland Garros is American Michael Russell, who in 2001 held match points over world No.1 and eventual champion Gustavo Kuerten in the fourth round.

Unable to complete a famous upset and progress to his first major quarterfinal, Russell nevertheless has enjoyed a successful career, much of it spent within the top 100.

Now down to No.110, Russell, the 10th seed in qualifying, will take on German Simon Greul in his first round match.