For just the second time in history, the top 10 of the WTA rankings this week features players from 10 different countries. 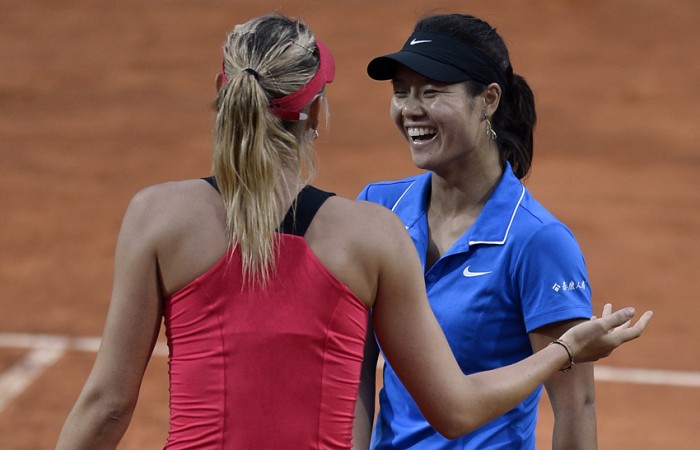 For just the second time in history, the top 10 of the WTA rankings this week features players from 10 different countries.

The milestone came about after German Angelique Kerber hit a career-high ranking of No.10 following her run to the semifinals in Rome, creating a cosmopolitan top 10 that reflects the ever-increasing global reach of the sport.

Headed by Belarusian world No.1 Victoria Azarenka, the top 10 also features Australia’s own Sam Stosur, who fell one spot to No.6 after American Serena Williams rose to No.5.

“It is great for the popularity of the game in so many national markets around the world, and is something that makes women’s tennis unique as a sport.”

The lone Russian in the world’s top 10 – after Vera Zvonareva fell to No. 11 to make way for Kerber – Sharapova first carved her place in the upper echelons of the sport with her win at Wimbledon in 2004, a time in which Russia dominated the women’s game.

That year, three of the four Grand Slam winners hailed from Russia, and Russians dominated the WTA rankings. Even as recently as the end of 2008, Russians Dinara Safina, Elena Dementieva, Svetlana Kuznetsova, Zvonareva and Sharapova held down five of the top 10 places.

Since then, the rise of players from other nations to challenge Russia’s dominance has led to a more egalitarian playing field on the women’s tour.

Although Russia still has the greatest number of players in the top 100 (with 10), several other nations come in closely behind them, including the Czech Republic (eight), United States (seven), Spain and Romania (six each), and Italy, Germany and France (five each).

Australia, through Stosur and Jarmila Gajdosova, has two representatives in the top 100, yet several others, like Casey Dellacqua, Anastasia Rodionova and Olivia Rogowska, have been recently in and out of the elite group or hover just outside.

It’s a similarly equal spread in the men’s game.

Some of the dynasties and dominance apparent on the women’s side have failed to translate to the men’s game, with only five Russian and three Czech men sitting inside the top 100.

The men’s rankings are dominated by Spain, a nation with 12 players within the top 100. Other successful nations include France (with 10), Germany (seven), and Argentina, United States and Italy (six).

Australia has three players ranked within the best 100 in the game – Bernard Tomic (No.28), Matthew Ebden (No.76) and Marinko Matosevic (No.89).

There are currently 39 nations represented in the top 100 of the women’s rankings, and 38 countries in the men’s rankings.