Aussie Sam Groth has smashed the world service speed record in South Korea, slamming down a 263km/h bullet in a second round loss at the Busan Challenger. 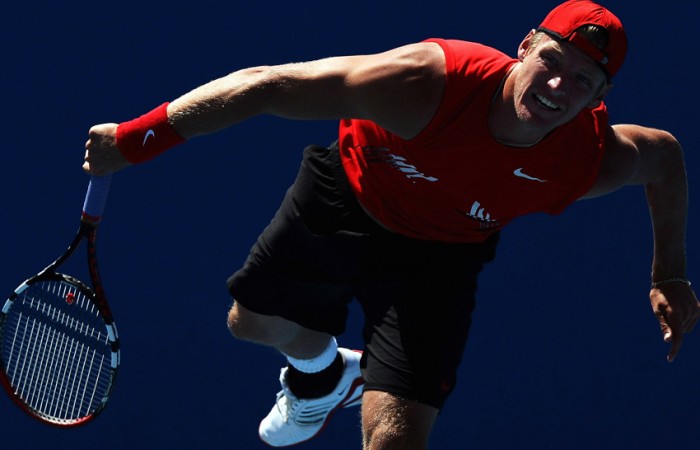 Australian Sam Groth can boast the fastest serve in tennis after sending down a missile clocked at 263km/h during a Challenger tournament at Busan in South Korea.

Ranked No.340 in the world, 24-year-old Groth’s moment of fame on Saturday when the ATP announced he’d clocked the fastest serve recorded at a professional tournament, far exceeding the previous best by giant Croat Ivo Karlovic, who fired down a 251km/h serve during a Davis Cup match in March last year.

Groth’s missile came in a straight set second round loss to Uladzimir Ignatik of Belarus, during which he was also credited with serves clocked at 253.5km/h and 255.7km/h.

Eurosport reports the record has risen by small amounts in recent years with improved racquet technology but the jump of 12km/h by the 193cm tall Groth is unprecedented.

The ATP explained that they did not officially recognise service speed records because of the variance in radar guns, but confirmed that the event was using approved equipment, and that other data gathered appeared within a normal range.

They took several days to corroborate the data from Busan before announcing it.

Groth himself did not seem too impressed, noting on Twitter: “Lost 4&3. Average! Did hit a 263kmh serve though in for an ace.”

Groth reached his highest ATP ranking of No.220 in November 2009. He was born in Narrandera, New South Wales, but bases himself in Melbourne.