Gajdosova through to second round

Jarmila Gajdosova has cruised into the Estoril Open second round, but fellow Aussie Matthew Ebden was not so lucky at the combined ATP/WTA event. 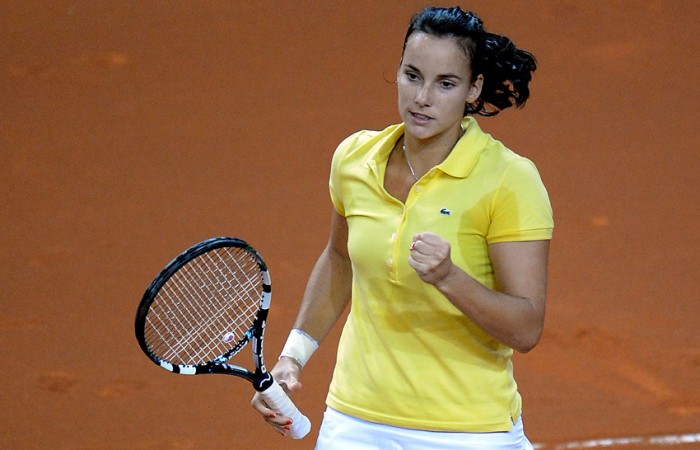 Australian women’s No.2 Jarmila Gajdosova has cruised into the second round of the Estoril Open in Portugal, routing Spanish qualifier Maria-Theresa Torro-Flor on Tuesday.

Gajdosova beat the 20-year-old 6-3 6-1 in one hour and nine minutes, pounding four aces on her way to setting up a second round showdown with No.7 seed Nadia Petrova.

The pair have twice previously, with the Russian taking both matches in straight sets.

Petrova, a former world No.3, moved into the second round with a blistering 6-0 6-1 victory over Portuguese qualifier Barbara Luz.

Gajdosova’s win continues a good run of form on clay, with the world No.55 enjoying a confidence-boosting performance at Australia’s recent Fed Cup tie on clay in Stuttgart in which she upset Julia Goerges in straight sets in the second singles rubber.

Her win in Estoril was also a measure of revenge for Australia – Torro-Flor had earlier upended Aussie No.3 Anastasia Rodionova in straight sets in the second round of the qualifying draw.

Meanwhile in the men’s draw, Matthew Ebden fell in the opening round to Spanish seventh seed Albert Montanes.

Ebden came into the event with a career-high ranking of No.72 but having not played in almost a month since Australia’s Davis Cup victory over Korea.

He was partly undone by five double faults and winning just 55 per cent of points behind his first serve.

Montanes was always going to be a tough opponent on the red clay of Estoril, having won the event in 2009 and 2010.