Australia’s Junior Davis and Fed Cup teams have advanced to the quarterfinals of the Asia/Oceania Final Qualifying event in Bendigo. 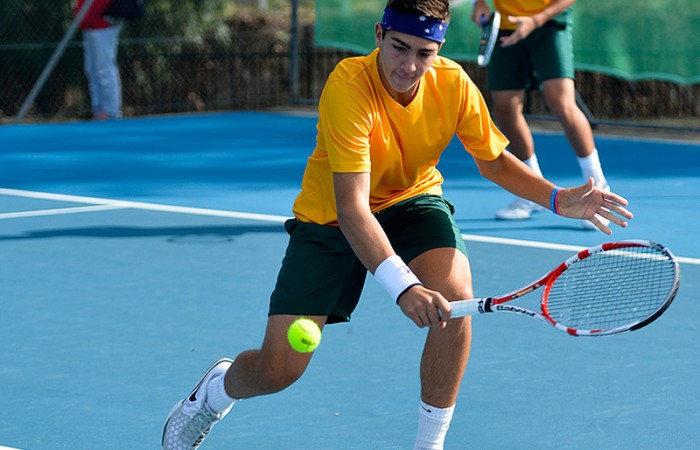 Australia’s boys’ team proved too strong for New Zealand 3-0, before out powering sixth seeds Philippines 2-0 to move through to the next round.

Thanasi Kokkinakis (Seacombe Heights, SA) defeated New Zealand’s Alex Klintcharov in straight sets 6-1 6-1 this morning before joining Daniel Guccione (Bundoora, Vic) to round out the tie with a 6-2 6-3 win over Klintcharov and William Matheson.

Guccione was then back on court to play his first singles rubber for Australia, taking a 6-1 6-1 victory over the Philippines’ Kyle Benjamine Parpan.

“I played pretty well. I just went out there and played my game,” said Guccione after his match.

“Mark was happy with the way I played. I was serving well, hit the ball well and volleying well.

“Mark is good on the court and off the court as well. He’s given us a few tips on his past experiences, which is really good. It’s helped us through.”

South Australia’s Li Tu was pushed to three sets by Jurence Zosimo Mendoza but eventually prevailed to win 4-6 6-1 6-2 to secure the team a berth in the quarterfinals and an opportunity to compete for a place at the World Finals in Spain.

“To finish off this morning was terrific and you know to come out this afternoon against the other seed in the group [Philippines], Dan was just too strong and Li had to respond,” said Junior Davis Cup Captain Mark Woodforde.

“It was good for him to be pushed. In a sense you like them to feel a bit of pressure for what lies ahead because that’s going to happen, whether it’s tomorrow or the day after.

“Li was able to really work out, take a bit of time, change up his way of playing and came out victorious again. So there was some good smart play by him.”

“I thought I played okay. I’ve learned just to compete hard and be tough and get through the matches you need to get through,” said Bains after her match.

Although Australia’s Junior Fed Cup team had already booked their place in the quarterfinals, the girls’ narrowly went down to fifth seeds China 1-2 in the final round-robin tie this afternoon.

The team will now need to defeat top seeds India in the quarterfinals tomorrow to qualify for the World Finals.