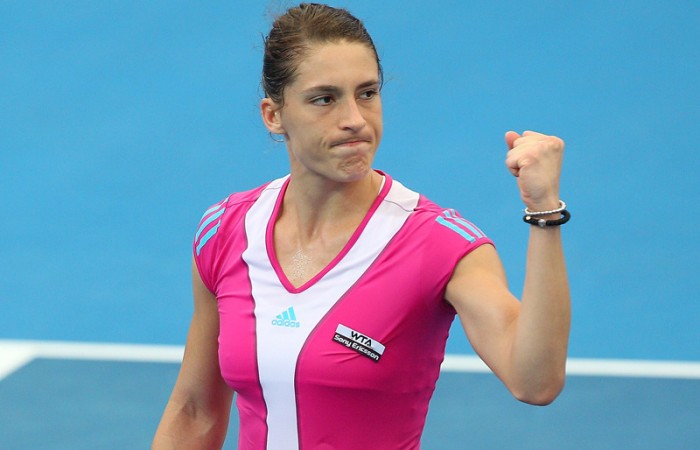 Andrea Petkovic (No.11), Angelique Kerber (No.15), Julia Goerges (No.16) and Anna-lena Groenefeld (No.342) have been named to play Australia at the Fed Cup by BNP Paribas World Group Play-off tie in Stuttgart next week.

Samantha Stosur (No.5), Jarmila Gajdosova (No.50), Casey Dellacqua (No.101) and Olivia Rogowska (No.120) will represent Australia against the strong Germany team on Saturday 21 and Sunday 22 April 2012.

Rogowska will be making her Fed Cup debut on clay at the Porsche Arena, the home venue for a WTA Premier event the week following, on 23-29 April.

Australia and Germany have met previously on 11 different occasions with Australia leading the head-to-heads 7-4. The last time the two teams met was in 2001 when Germany won 3-0 in Madrid, Spain, on clay.

The German Fed Cup team lost 4-1 to the Czech Republic in Stuttgart in February in their World Group first round tie while Australia won 4-1 in Fribourg, Switzerland in their Fed Cup World Group II tie.

The play-offs are taking place alongside the World Group semifinals with promotion and relegation decided for the 2013 Fed Cup season.

Australia needs to win this tie to return to the World Group, placing them in the top eight teams in Fed Cup. Australia last featured in the World Group in 2011, losing a first-round tie against Italy in Hobart.