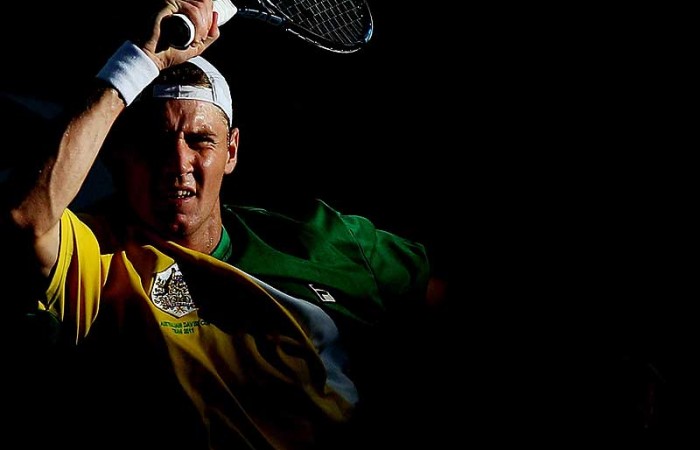 The new look Australian side – without injured Davis Cup spearhead Lleyton Hewitt who was cheering from the bench – worked hard for their two singles points against competitors ranked well below them.

In fact Cho is so low he isn’t listed on the ATP rankings, but that didn’t stop the Korean giving a nervous Tomic a strong test in the opening singles rubber at Pat Rafter Arena.

“He played really, really well in the first three or four games. I wasn’t playing as aggressive as I should be,” admitted Tomic, who recovered from a 1-3 deficit in the first set to score for Australia.

Lacking his usual touch, Tomic persisted with his favourite dropshot after most attempts landed on his side of the net.

“It’s an effective shot, the player can’t read it, no one does it,” said the frank teenager. “You win a lot of points, but sometimes it costs me.”

Playing a more aggressive style of tennis against world No.728 Jeong, Ebden’s first live rubber for the host nation was marked by long baseline rallies and big stroke-making.

In Saturday’s doubles starting at 1pm, Marinko Matosevic and Chris Guccione will pair for Australia against
Jeong and Jae-Min Seol.

The winning nation this weekend will enter the World Group playoffs in September for a chance to compete at the top level World Group in 2013.