There was a billy can, a dog called Rusty, another called Pluto, and four sheep chased around a verdant paddock ... 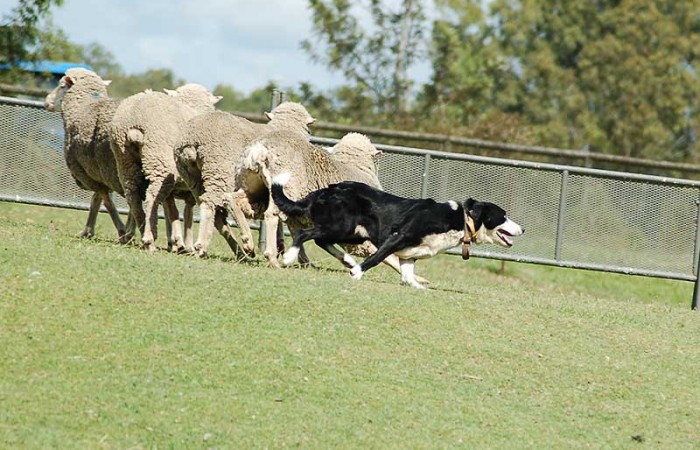 There was a billy can, a dog called Rusty, another called Pluto, and four sheep chased around a verdant paddock to determine the first day’s order of play at the Asia–Oceania Zone 1 tie between Australia and Korea.

So did the Australian camp with the youngest and highest ranked – 19-year-old Bernard Tomic – surprised and delighted at the sheep-dog race that determined he would play Min-Hyeok Cho in the opening rubber tomorrow at the Queensland Tennis Centre.

Cho has no singles or doubles ranking, Tomic is No.36  in the world, but still will be as alert as those sheep dogs when play begins at the Queensland Tennis Centre on Friday.

“I don’t know a lot about him, that’s when it can be tough,” said Tomic at the Lone Pine Koala Sanctuary, where the draw was held today.

“Everyone plays better in Davis Cup … players play much freer and relaxed. Hopefully I get up tomorrow.”

Ebden is champing at the bit to strike a point for the home nation, with the likes of injured Lleyton Hewitt stirring him to victory from the sidelines.

“Personally for me I’ve learned a lot from him [Hewitt] over the past few years,” said Western Australia’s Ebden. “I think a lot of my development probably is credited to being around him. He’s a huge inspiration for me on and off the court. Even this week he’s been helping me a lot. I’ve always learned a lot from him so I think having him around is a huge support and encouragement.”

Captain Pat Rafter’s doubles selection is Marinko Matosevic and Chris Guccione, who will take on Jeong and Jae-Min Seol. The Aussie superstar team leader said he was disappointed Korea has been unable to send it’s A-team, and expected an easier task as a consequence.

“I heard they had a problem with the Federation, I don’t know anything more than that,” said Rafter. “Their top players aren’t here, so we’ve got the next lot and on paper that should be easier for us. In saying that, you always want the top players playing Davis Cup.”

The winner of this Asia–Oceania zone one second round tie will progress to a September World Group play-off.

Play starts at 1pm on Friday, Saturday and Sunday. Tickets are still available, and the action will also be live streamed off this website.

For regular score updates and news, follow us @TennisAustralia.