Paul Moore reflects on the Aussies' performances in the past month in the US, and examines what could be in store as they head to the clay and grass of Europe. 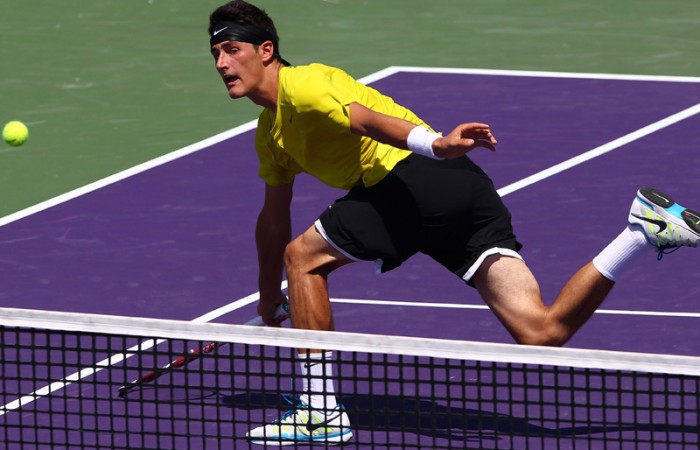 There was a moment during Bernie Tomic’s final match in Miami that spoke volumes about his natural ability as a player. We’re not talking about the match against Ferrer (although that demonstrated without a doubt that Bernie can mix it with the best of them). Rather, his doubles with Paul Hanley against the Bryan Brothers. Bernie – looking completely free of any cares – won the crowd over with his light-hearted attitude during the straight-set defeat against one of the best doubles teams of all time.

Anyway, about this moment. It was in the middle of a point and the Bryans were in control. The ball dropped out of the air and Bernie just watched it. Arms by his side, his body position probably would have wrought the wrath of most tennis coaches around the world. He watched it and he smiled as it bounced in front of right in front of him. Then, in a split second, his face contorted into an angry grimace, his shoulders swung and the ball exploded off his racquet. The outcome? An outstanding winner. But we’re not interested in the winner. It was the time. It was the look. It was the absolute contentment on Bernie’s face that spoke volumes about both his talent and his attitude.

The good players out on tour hurry, chase and hassle their opponents, while the great players take their time. Bernie does the latter. And while by his own admission he still has a way to go before he can regularly threaten the best in the world, he is learning what he needs to do. And he is getting better. And come Wimbledon (the next time he has significant points to defend), Bernie should be firmly entrenched among the seeded players.

It was a singular moment in what hasn’t been necessarily an ideal month for the Aussies. Sure, there were highlights – Matt Ebden’s emphatic demolition of Mardy Fish probably sitting at the top of the tree – but most of the Aussies in action probably would have gone into this last four weeks hoping for something a little better.

Unfortunately, in tennis you can’t control these things. Sam Stosur, in particular, found that out when she came up against two opponents in Indian Wells (Nadia Petrova) and Miami (Serena Williams) who were in outstanding form. The fact that she lost by mere points as opposed to games in these matches is a testament to how these things can turn on a dime. Bernie, too, saw a tough match against Ferrer go the wrong way in Miami because of just a few points.

But the tour keeps going, and so do the Aussies. We all know that Sam can play on clay and on her current form there’s every indication that this could be a good European summer for her. Bernie, meanwhile, has no points to defend until Wimbledon. No points equals no pressure, not to mention a ranking that should, hypothetically, only go up. Ebden, too, is getting into his stride in time for the clay court season, while Jarka Gajdosova showed glimpses of her career-best form over the last four weeks.

All in all, there’s a lot to look forward to. Not least the Davis and Fed Cup ties coming up in the next couple of weeks. While the men on paper have it pretty easy against South Korea on home soil, the women face a formidable test against Germany in Stuttgart. Formidable, but not impossible. All in all the signs are very good for Aussie tennis. Very good indeed.