Djokovic, Monaco move on in Miami

Novak Djokovic and Juan Monaco will meet in the semifinals of the Sony Ericsson Open after both enjoyed straight-set victories at the Miami hardcourt event. 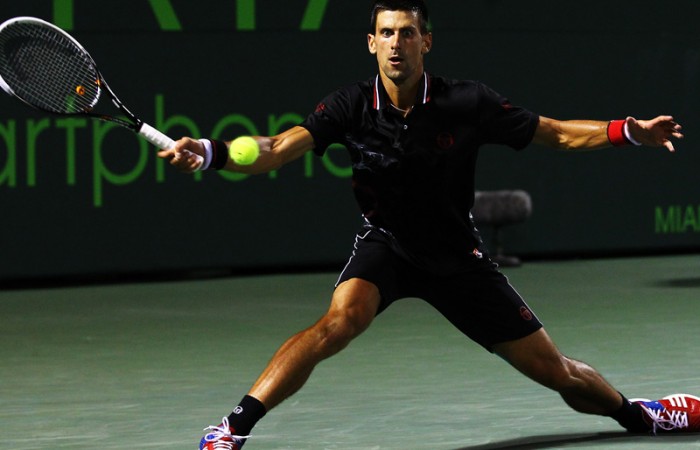 World No.1 Novak Djokovic advanced to the semifinals of the Sony Ericsson Open on Thursday with a 6-2 7-6(1) victory over fifth seeded Spaniard David Ferrer.

Not many people gave underdog Monaco a chance against Fish, but the 21st seed has now won three straight against the American after dropping their first two matches back in 2005 and 2006.

“I can’t believe it,” Monaco said. “I have a lot of emotions it is good to celebrate this way, playing unbelievable tennis on my birthday.

“Every shot I wanted to play I did. It was a perfect match for me. I returned well and then I served very, very good.”

Fish broke Monaco in the sixth game of the second set to make it 3-3 but Monaco responded by winning three straight, closing it out on the first of three match points with a backhand drop shot.

This is Monaco’s ninth appearance in Miami but the first time he has reached the semis.

Monaco, of Buenos Aires, improved to 11-4 on the year and is chasing his second title of 2012 after capturing his fourth career crown in Vina del Mar in February.

Monaco put on an impressive serving display by winning 71 per cent of his first serve points as he needed just 82 minutes to oust Fish.