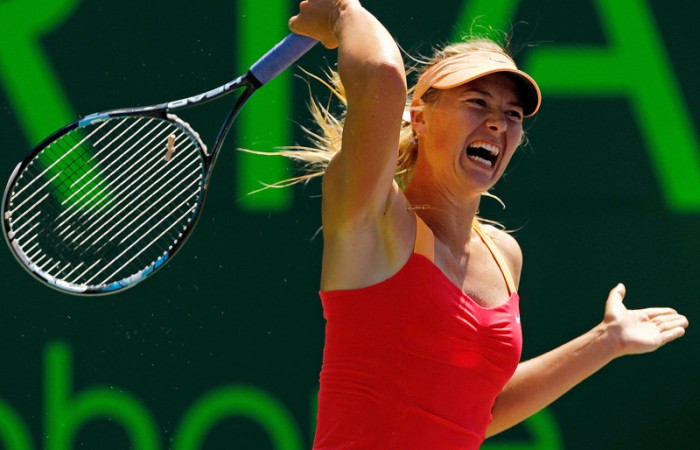 World tennis No.2 Maria Sharapova has advanced to the semifinals of the Sony Ericsson Open with a 6-3 6-0 victory over Chinese eighth seed Li Na.

The Russian cruised past the reigning French Open champion in just one hour and eight minutes, ending a four-match losing streak against Li that extended back to 2009.

The second-seeded Sharapova will next face Denmark’s fourth-seeded Caroline Wozniacki, who enjoyed an upset triumph over five-time Miami champion and No.10 seed Serena Williams.

Although not technically an upset on paper, Wozniacki had never before defeated the American in three previous matches. In their last battle, Williams crushed the Dane in straight sets in the 2011 US Open semifinals.

Wozniacki served for the match at 5-2 in the second set before Williams began to stage a trademark comeback. But on her second attempt, the fourth seed served out a career-best victory, winning 6-4 6-4 in one hour and 35 minutes.

Sharapova and Wozniacki have meet on five previous occasions, with Sharapova winning their most recent battle, coming on clay in the semifinals of the Italian Open in Rome.