With her lack of recent match-play showing, Kim Clijsters crashed out of the Sony Ericsson Open with a straight-set defeat to compatriot Yanina Wickmayer. 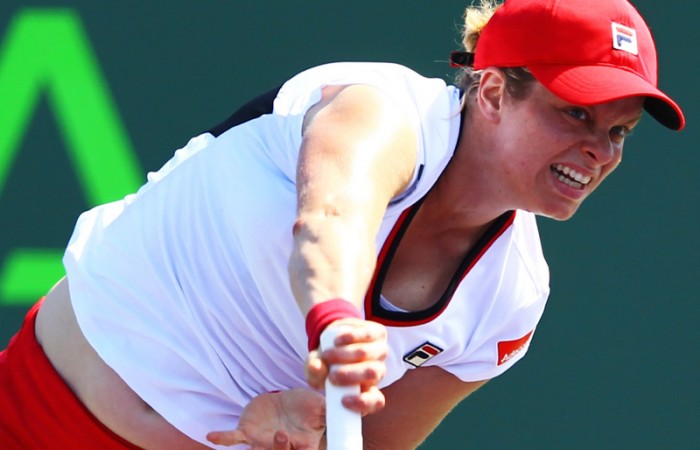 Former world No.1 Kim Clijsters saved three match points but lost 6-4 7-6(5) to Belgian compatriot Yanina Wickmayer, the 23rd seed, in the third round at the Sony Ericsson Open in Miami.

Clijsters, who was playing her first tournament since an Australian Open semifinal defeat by Azarenka, had skipped last week’s Indian Wells tournament to rest her injured ankle, yet appeared to suffer a recurrence of the injury against Wickmayer.

“She definitely started off much better and was more consistent throughout,” Clijsters said.

“It was close. It’s a little bit frustrating knowing that I am playing not even 50 percent but it is still that close. On one hand I could have beaten her with the way that I was playing and feeling, but she played good.”

The 28-year-old Clijsters is a two-time Sony Ericsson Open champion, winning the event in 2005 and 2010.

Meanwhile, Serena Williams moved into the fourth round by beating Roberta Vinci of Italy 6-2 6-1.

Williams started early and finished fast. Walking onto the stadium court at 11am, she dominated with her serve, played consistently from the baseline and was done shortly after noon.

“I’m not a morning person,” she said. “I actually hate morning matches, but I always do my best at 11 o’clock matches.”

Williams won most of the short points and a succession of long rallies as well. She hit 25 winners while committing 20 unforced errors.

Seeded 10th, Williams is making her return to tournament tennis after a two-month absence from the tour. At No.20, Vinci is the highest-ranked player Williams has beaten this year.

Williams is seeking her first tournament championship since August, and she’s bidding for a record sixth title at Key Biscayne.

“I need trophies,” she said. “I want to add more and to do more. There are records to break. So I’ll do it. I’ve just got to believe it. I do believe it.”