Women's tennis superstars Serena Williams, Kim Clijsters and Maria Sharapova all moved through to the third round following wins at the Sony Ericsson Open. 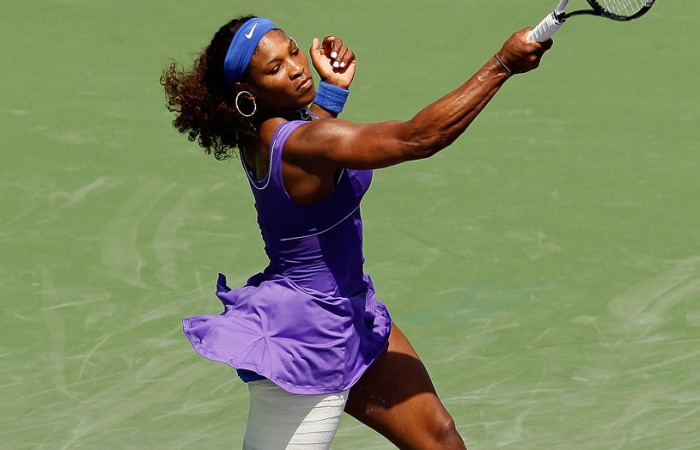 Serena Williams made a triumphant WTA return in her first tournament match since the Australian Open, defeating China’s Zhang Shuai 6-2 6-3 on Thursday at the WTA and ATP Miami hardcourt event.

Williams, who had been sidelined by a left ankle injury, fired six aces and connected on 64 per cent of her first serves while surrendering only one service break to advance into the third round with an 80-minute triumph.

But she had not been in a tour match since losing to Russia’s Ekaterina Makarova in the fourth round at Melbourne Park.

Five-time Miami winner Williams, the 10th seed on the women’s side of the $US9.6 million event, withdrew before her Brisbane quarterfinal match because of the ankle injury in her only other WTA tournament start this year.

Clijsters, returning from an ankle injury sustained in the fourth round of the Australian Open, had too much game for the rangy German, overcoming six double faults to win in just under 90 minutes.

Second-seeded Russian Maria Sharapova was forced to scrap through her second round match against former world No.11 Shahar Peer, eventually beating the Israeli player 4-6 6-3 6-3.

The gritty Peer, now ranked No.55, pushed last week’s Indian Wells finalist to the limit before eventually succumbing in close to two-and-a-half hours.

Sharapova, who celebrated vociferously following the victory, will next face American qualifier Sloane Stephens. Stephens came through her second consecutive match at Miami in three sets, this time against No.30 seed Sara Errani.