American great Venus Williams, who has not played competitively since last year's US Open, returned to the tour with a bang at the Sony Ericsson Open in Miami. 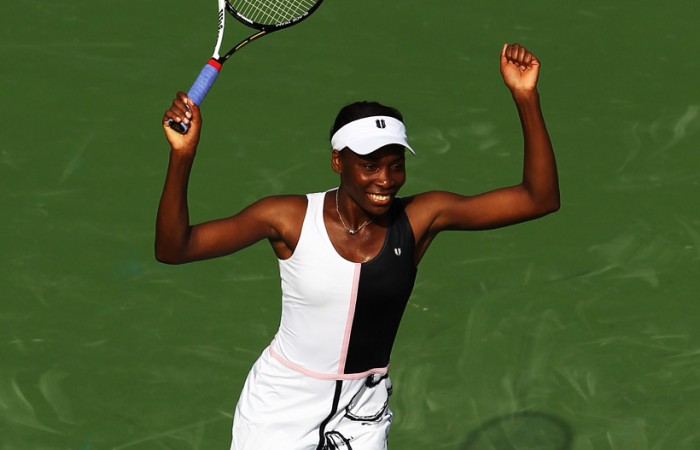 Former world No.1 Venus Williams has made a triumphant return to the WTA after a long layoff with victory on Wednesday at the prestigious Miami hardcourt tournament.

Seven-time Grand Slam champion Williams, who has not played since pulling out of last year’s US Open, defeated Japan’s Kimiko Date-Krumm 6-0 6-3 in 77 minutes on Stadium Court at Crandon Park.

Williams announced at Flushing Meadows that she had been diagnosed with the auto-immune disorder Sjogren Syndrome. The illness saps her energy and causes pain in her joints.

Williams advanced to a marquee second-round match against No.3 seed Petra Kvitova, who had a first-round bye.

Kvitova admitted that she comes into the tournament suffering from her own health problems, with the Czech feeling the effects of asthma.

Since reaching the semifinals at the Australian Open, Kvitova was struck down with a virus that forced her withdrawal from events in the Middle East.

Williams’ defeat of the Japanese veteran was a far cry from the pair’s last meeting, a scintillating three-set battle in the second round of the 2011 Wimbledon championships, an event Kvitova went on to win.

Before a captivated Centre Court crowd, Williams and Date-Krumm played out a match for the ages before the American finally triumphed 6-7(6) 6-3 8-6.