Australian wildcards Marinko Matosevic and Olivia Rogowska have been defeated at the Sony Ericsson Open, losing their first round matches in straight sets. 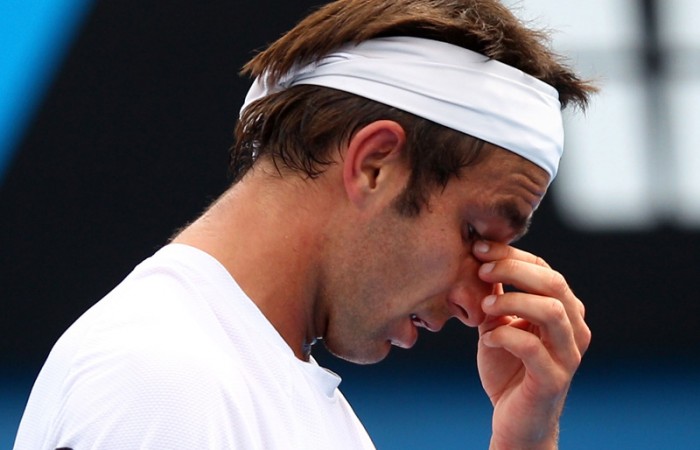 It was a frustrating morning on Court 2 at the Sony Ericsson Open for Marinko Matosevic, who went down 6-3 6-4 to the unseeded Robin Haase.

Under a warm sun and in a swirling breeze in southern Florida, Matosevic struggled to contain the hard-hitting Dutchman after Haase took a lengthy injury time out.

“The match started off okay, I got broken and I broke back to love,” Matosevic said afterwards.

“But then it all happened at 3-3. It was 30-15 to me and in a rally he seemed to twist his ankle and that gave me 40-15. He gestured to his coach and said something in Dutch like it was all over. Then he started walking to net towards me and I thought he was going to shake hands.

“Then he said he was going to call an injury time out which he did, he got treated for however long it takes.

It was the kind of match that the Australian could – and should – have won. With a career high ranking of No.122, which perhaps does not do justice to his ability to push the top players, as he demonstrated at Indian Wells, Matosevic simply struggled to come to terms with the fact that the match wasn’t over in the first set.

“I didn’t handle it very well,” he admitted.

“It’s never easy playing injured players and I definitely didn’t handle it well at all. I couldn’t deal with the fact that I thought the match was over for a second and then all of a sudden I’m 6-3 3-0 down.”

But as with any match of this sort, the key is to look for the positives. Needless to say, this isn’t always possible straight after a defeat.

“It’s hard to find the positives for stuff that let me down. Tony Roach mentioned some things that are important that I wasn’t aware of, so I’ve just got to keep working hard and improving that stuff,” Matosevic said.

Another Australian wildcard into main draw in Miami, Olivia Rogowska fell in straight sets in her opening match at the prestigious hardcourt event.

Tackling French qualifier Stephanie Foretz Gacon, Rogowska put up a good fight in the opening set before going down 6-4 6-1 in one hour and 22 minutes.

The Australian suffered on serve, throwing in five double faults to no aces and winning less than half the points on her first serve.

Surprisingly she had a better winning percentage on her second serve, but allowed Foretz Gacon 13 break point opportunities, of which the Frenchwoman converted eight on her path through to the second round.

She will next face 17th seed Peng Shuai of China.