World No.3 Petra Kvitova, who has been battling poor health for much of 2012, comes into the Sony Ericsson Open struggling to deal with an asthma condition. 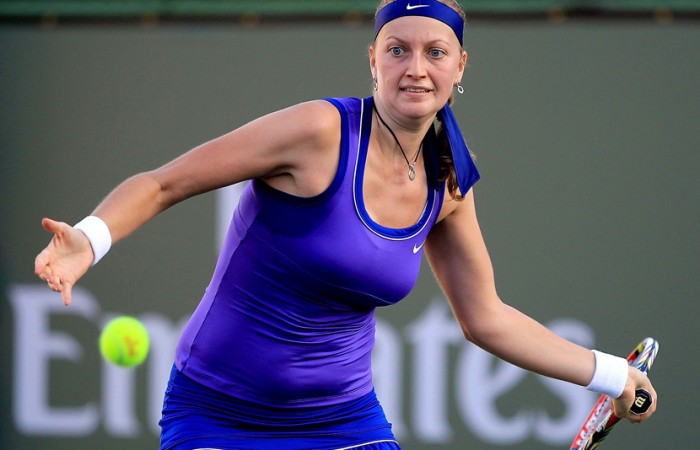 Third seed Petra Kvitova says she will try to play through an asthma condition, which is not improved by the famed Florida humidity, as she attempts to string two match wins together at the Sony Ericsson Open.

The reigning Wimbledon winner has been under the weather for weeks, going out in her second match at Indian Wells in the first of two WTA Premier Mandatory events this month in the United States.

The Czech, third in the world behind Victoria Azarenka and Maria Sharapova, said on Tuesday she will make her best effort despite her hampered physical condition, as she starts after a bye against either wildcard Venus Williams or Japan’s Kimiko Date-Krumm.

“I feel fine, but when I run a lot I feel the asthma and it’s tough to breathe,” said Kvitova, who has never been past the third round in South Florida.

“But I can play even when it feels bad,” said the player who has suffered from asthma for the past three years.

“I use my inhaler on court. Early in a match I feel fine, but I can’t really move as well and play aggressive as I like.”

Kvitova has had limited success since her Australian Open semi-final where she lost to Sharapova, who was then crushed in the final by Azarenka.