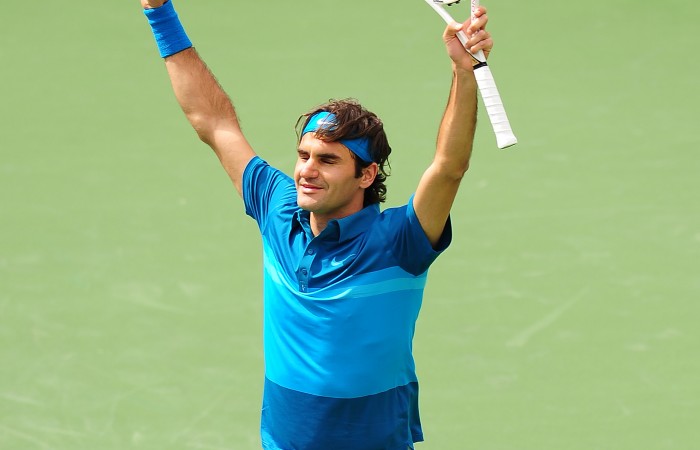 Swiss superstar Roger Federer is setting his sights on more grand slams, after winning his third straight tournament on Sunday in Indian Wells.

The 16-time grand slam winner had to fight off a cold and a strong field to capture his fourth Indian Wells title.

“Well, naturally I love winning tennis tournaments, especially when you put in all the hard work and the sacrifice of playing a lot of matches before this to make sure I get some momentum and confidence going,” Federer said after beating John Isner 7-6(7) 6-3 in the decider.

“Then when it all pays off, after a bit of a scare early in the week, and you get the title and the emotions are going, it’s a wonderful feeling.”

Federer has won 15 straight matches, three consecutive tournaments and six of his past eight. His last lost this year was to Isner in Davis Cup in February but he avenged that by beating the 11th seeded American on Sunday.

World No.3 Federer will play the next tournament in Miami and then take a break.

“I’m happy I have been holding up because it’s been a lot of tennis and I am definitely looking forward to a break soon,” he said.

“But I will push for one more in Miami, and then I’ll probably have to take a week off or so and then I will manage my schedule all the way through to the French Open.”

Many people were starting to write Federer off last season when he turned 30 and his game dropped off a bit. Last year was the first time since 2002 that Federer did not win at least one grand slam title.

But age is just a number for Federer.

“Some people don’t understand how you can play tennis at 30-years-old which is shocking to me because normally that’s still when you’re young enough to play some of your best tennis,” Federer said.

“I think I’m showing that since I turned 30 in August last year. That’s basically when my run began.

“But at the end of the day, it doesn’t matter what people say.”

Federer said his biggest wish this year was to win a gold medal at the London Olympics. But he also wants to some day reclaim the world No.1 ranking.

“I said it loud and clear that it’s not right now a goal for me in the short-term because I can’t be world No.1 because Novak (Djokovic) has played amazing these last 12 months.

“So right now that’s not even on top of my head. I’m just happy how well things are going, and I will try to use that momentum to win more tennis matches.”