Tennis Australia's Paul Moore reflects on the best Aussie results at Indian Wells as yet another exciting fortnight on the tennis calendar draws to a close. 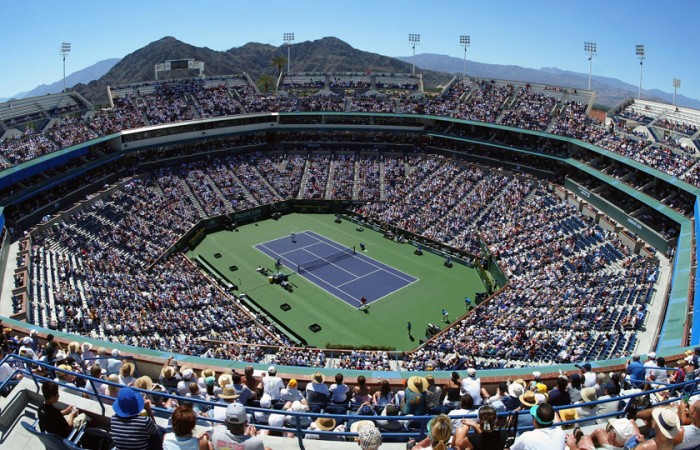 The evolution of a tennis tournament is a fascinating thing. Quiet at first, the qualifying rounds attract only the most diehard fans. Then it grows, bigger and bigger as the seeds start to arrive – and train – and fans flock to see their favourite players (hopefully) dispatch lower-ranked opposition. Then, as the tournament reaches its zenith, it gets strangely quieter again. Sure, the big names are still around. But the matches become fewer, the tickets harder to get, and eventually only a select group of tennis players (you can probably guess their names) and spectators can be found lingering around a largely empty site.

Of course, the intensity of the matches played in the final stages of a tournament are usually much greater than in the early rounds. And the quality… the quality is something else. But there is something haunting about walking around a tournament site that just days before was alive with players, entourages and fans from around the globe.

When you walk between the empty courts – occasionally filled by plucky club players who are happy to have a hit in front of bemused spectators asking ‘which one is that?’  – you cannot help but think about everything that has happened in the days gone by. Inevitably, those early days feel like a lifetime before and the qualifying matches just a figment of the imagination. But the memories are entrenched in the mind. And at the BNP Paribas Open there has been plenty to reflect upon.

In particular, Aussie Matt Ebden’s run through the draw was without a shadow of a doubt the highlight of one of the best tournaments of the year. After coming through qualifying, Matt showed the kind of grit needed to reach the top of the tennis world with three-set wins over Igor Kunitsyn and 32nd seed Julian Benneteau. Then came Mardy Fish. Who knows what Matt expected when he went on court against the top ranked American (who admittedly has had a tricky season to date), but an emphatic 6-3 6-4 demolition of the world No.8 must have surely surpassed even his expectations. Next up was John Isner, described by Ebden as the “mammoth”. At the end of an intriguing encounter the big man’s serve was the difference in a match decided on just a couple of points.

Watching Matt come through like that against a raft of higher-ranked players was, quite honestly, exciting. What’s more, speaking to him after every match it became clear that he’s a genuinely good guy. Very down to earth, very focused, and very likely to achieve his goals.

When considering the other Aussies, Sam may have departed earlier than hoped, but she went down fighting against an opponent who refused to miss on that particular day. Marinko, too, stood toe-to-toe with a formidable foe, earning plaudits from even the most hardened journalists in the newsroom.

Right now, though, the scene is familiar. In the fading light of a player cafe hemmed in by snow-capped mountains, only two players – Victoria Azarenka and Roger Federer – have remained standing, undefeated in the Californian desert after magnificent displays in their respective finals. The rest? As always, they have gone elsewhere. This is the nature of the professional tennis circuit. The weeks tick by, the circus moves on, and the fans go through the process of preparing for – then all too quickly reflecting on – watching their idols in action. For Indian Wells, the action is over for another year.

In Miami, however, it is just about to start. The seeds will be starting to arrive, those in qualifying will be preparing to have another go, and the fans will be starting to get excited. For those who work at them, tennis tournaments resemble life. They have their ups and downs, they pass by way too fast, and they leave us with little more than memories. Positive, exciting memories.