Matthew Ebden has reached the third round at Indian Wells for the first time in his career, coming back from a set down to beat No.32 seed Julien Benneteau. 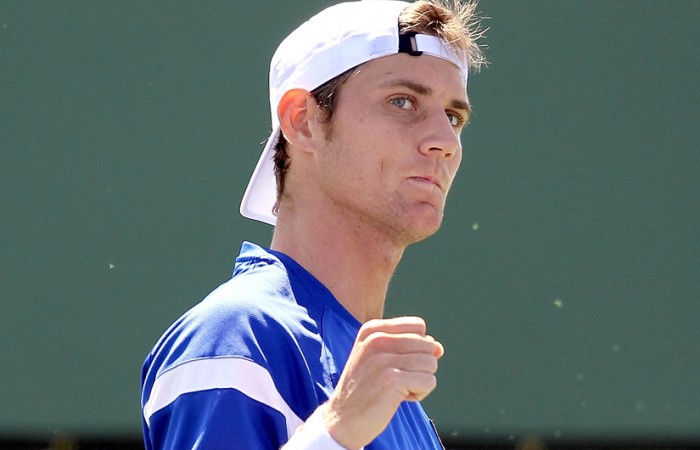 Australian Matthew Ebden has recorded an impressive upset at the BNP Paribas Open in Indian Wells, knocked 32nd-seed Julien Benneteau out of the tournament to move into the third round.

The Frenchman dominated on serve in the opening set with an 83 per cent success rate when he landed his first serve,compared to Ebden’s 54 per cent. It seemed the match was simply following the form guide.

But the Western Australian proved resilient, levelling the match at a set apiece thanks to improved serving and Benneteau’s level dropping, and rode that momentum into the third set, growing strionger as the match wore on.

“He started out playing really very good tennis – I don’t think he missed a ball for the first eight games. I was maybe a little slow to start and maybe wasn’t aggressive as I needed to be and he was right on top,” Ebden reflected after the match.

“I had to try to lift and I was able to so that was a huge bonus. If you look at the great players over time they have that ability to change players when they need to and I was happy I was able to do that today.”

The win is the latest for Ebden in what is becoming an increasingly impressive week of play in the California desert. The Aussie was forced to come through two rounds of qualifying – which he did without the loss of a set – and has now one his first two main draw matches.

The win over Benneteau sees Ebden progress to a third round battle with No.8 seed Mardy Fish, whch while on paper looks tough, is actually a good draw for the Aussie No.2.

Fish has won just four matches in 2012, and reached the third round at Indian Wells after his opponent retired in the second set.

Ebden noted his growing confidence following his win over the higher-ranked Frenchman, something he will no doubt take into his encounter against the experience Fish.

“I knew what I was capable of but it was about doing it (beating top players) day after day and match after match and I am starting to be able to do that on a pretty consistent basis now which gives me a lot of confidence,” he said.

“I’m looking forward to working my way through the draw and it’s another great opportunity. He (Fish) had a good year last year, this year he’s maybe been a little up and down but he’s a great player … To play Fish in America is a great opportunity and I’ll look forward to trying to tackle that one.”