Casey Dellacqua has qualified for the Indian Wells main draw, while Matthew Ebden and Marinko Matosevic won their first-round matches in men's qualifying. 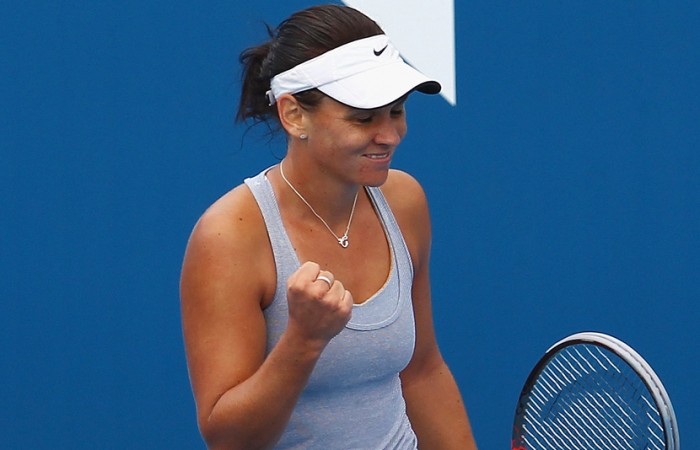 Casey Dellacqua has qualified for the main draw at the BNP Paribas Open in Indian Wells, overcoming Japan’s Misaki Doi in straight sets.

The Western Australian brushed aside Doi 6-3 6-3 in one hour and 19 minutes, marking the first time in 2012 that she has successfully qualified for a WTA main draw.

She fell in the second round of Doha qualifying and narrowly missed qualifying in Dubai when she fell in the final round, although she did eventually take her place in the draw as a lucky loser.

Dellacqua’s next opponent will be determined when the remaining final-round matches are completed and the successful qualifiers are inserted into the main draw.

Meanwhile, men’s qualifying action kicked off in the Californian desert on Tuesday, and Australia continued to be well-represented thanks to the solid performances of Matthew Ebden and Marinko Matosevic.

Ebden, the third seed in qualifying, breezed past Dominican Victor Estrella 6-3 6-2 in just over one hour, and will next meet 21st seed Rajeev Ram of the United States.

Ram was also a straight-set winner in the opening round of qualifying, beating Spaniard Ivan Navarro 6-4 6-2.

Matosevic continued his excellent form with a 6-2 7-5 victory over Portugal’s Gastao Elias.

The Victorian has now won eight of his past nine matches, thanks to his exciting run to the final at the ATP event in Delray Beach after coming through three rounds of qualifying.

Despite winning the opening set, the Sydneysider could not maintain his advantage, and the German eventually went on to win 4-6 6-2 6-4 in over two hours.