Despite putting up a good fight, Marinko Matosevic has fallen in two tight sets to Kevin Anderson in the final of the ATP event in Delray Beach. 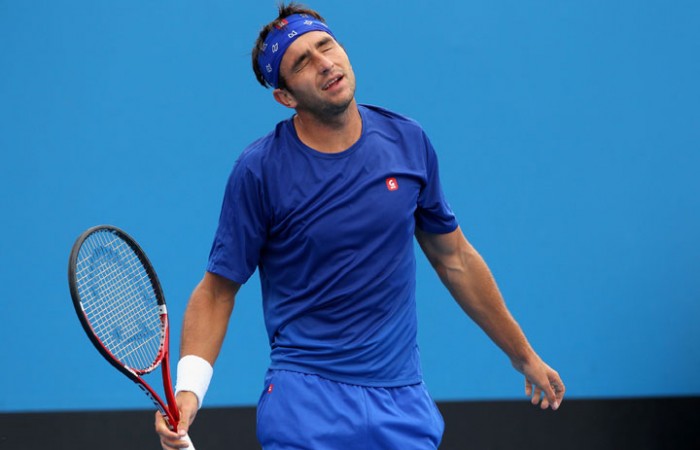 Australian qualifier Marinko Matosevic put up a good fight but could not hide his disappointment at falling just short of winning his maiden ATP Tour title on Sunday.

Matosevic was beaten 6-4 7-6(2) by seventh seed Kevin Anderson of South Africa in the final of the Delray Beach International in Florida.

The 26-year-old from Melbourne was bidding to become the second player this year to come through qualifying and win a title, after Jarkko Nieminen in Sydney in January.

Although his run through qualifying to the final was impressive, Matosevic was clearly disappointed that he couldn’t make the most of his chance.

“Before the week, if you told me that I’d make the final, I’d be the happiest guy in the world,” he said.

“Then when you get there and you play the match — I feel like I was just a few points from winning the match or turning the match, but I just couldn’t do it. It can only help me, I guess.”

He admitted he felt a little flat, a day after notching an ATP semifinal victory in his first attempt.

“I just couldn’t serve well today, but credit to Kevin. He was the better player today.”

Before this week, Matosevic had not won a tour-level match this season and was just 3-18 in his career.

Anderson won his second career title, to go with a triumph on home soil in Johannesburg last year.

The big-serving South African couldn’t convert any of his eight break chances in the second set, but he took control early in the tiebreaker to finish off the victory in just under two hours.

“Both of us were a little nervous at the start of the match, so I had to find my rhythm,” said Anderson, who saved three match points in a quarterfinal victory over Andy Roddick, then defeated top-seeded John Isner in the semifinals.

“I think at the end, I felt I was mentally composed throughout (the tournament). I didn’t let any patches of bad tennis affect my mindset.”