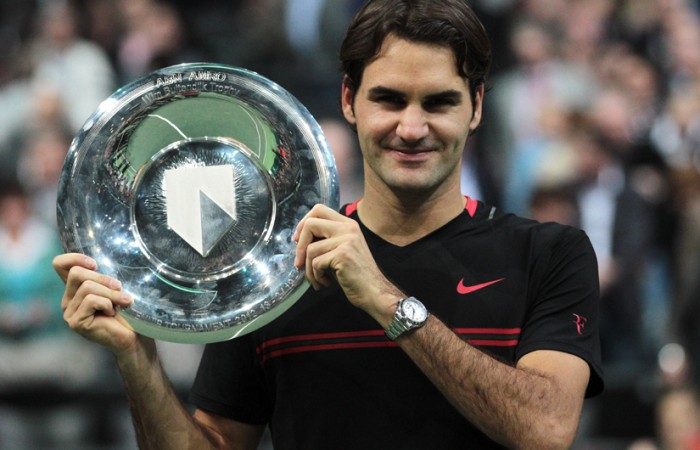 Switzerland’s Roger Federer won his second title at the Rotterdam Open seven years after his first as he defeated Argentine Juan Martin Del Potro 6-1 6-4 on Sunday.

Federer now owns 71 career trophies after lifting his first of this season.

The victory took 30-year-old Federer’s record against Del Potro to 9-2, with the Swiss winning three of four in the series after losing the 2009 US Open final to the South American.

Federer, a 16-time Grand Slam winner, has now assured himself of a 12th consecutive year in which he has won at last one ATP title.

“It’s incredible that it took me seven years to come back and defend my title, I hope the next time is not so long. But if it is, then it means I’ll be playing for another seven years,” joked the Swiss, who saved all seven break points he faced in a re-assuring 88-minute victory.

Federer ran off to a 5-0 lead, with Del Potro finally troubling his Swiss rival after 28 minutes as he rallied for 1-5.

But the comeback start went for nought as Federer maintained his red-hot form to sweep the set in 33 minutes.

Del Potro’s resistance stiffened in the second, with the third set forcing Federer to save break points in the fourth, sixth and eighth games.

But along the way, the Swiss broke for 3-2 and closed out the win four games later on his second match point.

“Juan Martin had a great week,” said Federer. “He’s playing great tennis. I hope to see you at the (November) World Tour Finals.”

“This title marks a great start to the season,” said Federer, 21-5 at Rotterdam. “My team made a lot of sacrifices. It’s been an amazing week for us.”