Roger Federer and Juan Martin Del Potro have set up a dream title clash after both won their semifinal matches at the ATP event in Rotterdam. 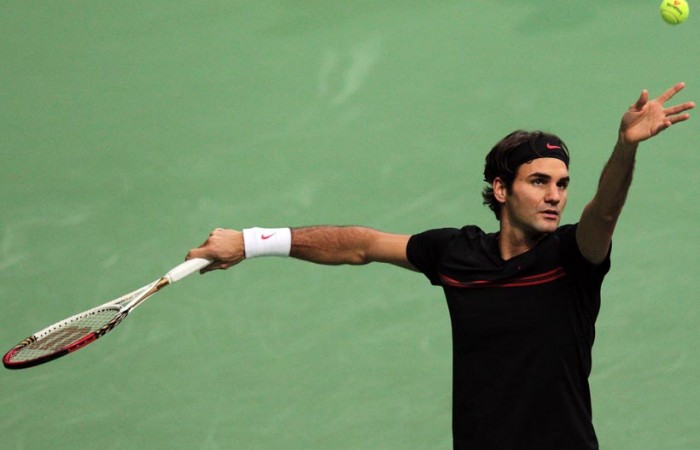 Roger Federer rallied from a set down on Saturday to defeat Russia’s Nikolay Davydenko and reach the Rotterdam Open tennis final.

Del Potro had earlier beaten a surprisingly listless Tomas Berdych 6-3 6-1 to win through to the final.

The Argentine third seed needed just an hour and a quarter as he handed Berdych a first defeat indoors this season, following an eight-match winning run for the Czech that included this month’s Montpellier trophy.

Del Potro, who beat Federer for the 2009 US Open title before falling victim to the wrist injury that kept him out for a year, never let Berdych into the one-way match.

“I’m really happy to beat a top-10 player,” said the quiet world No.10, who owns eight career titles. “I’m getting closer to my best level again.

“But I still have a lot of work do to. I’m trying to work every day. Hopefully in the future, I can fight again for No.1,” added the former world No.4.

Del Potro picked up where he left off against Berdych, whom he beat in two previous matches in 2009 before his wrist injury problem surfaced.

The Argentine began the afternoon at the Ahoy stadium with a break and never hesitated to carry his momentum forward against Berdych, who finished with a disappointing win-loss ratio of 1-8 in semi-finals in 2011.

Del Potro ran off seven straight games from mid-way in the opening set to the sixth game of the second, when an off-colour Berdych finally won one.

But it was immediately back to business for del Potro, who won the last two games and signed off with a ninth ace of the match on his first match point.