Roger Federer has snapped a two-match losing streak with a straight-sets win in the second round of the ATP World Tour event in Rotterdam. 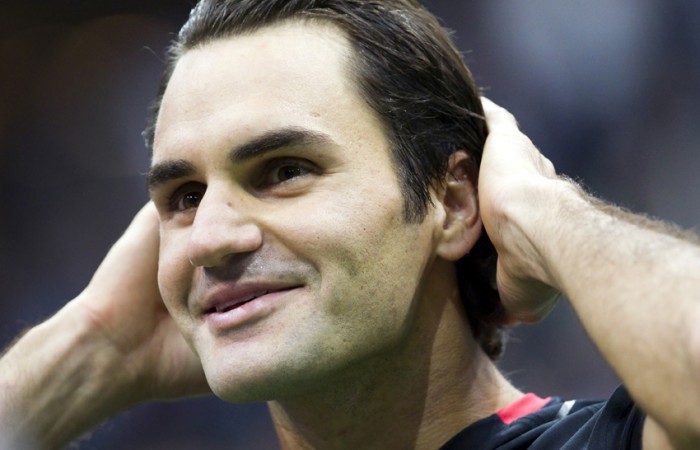 Roger Federer picked up where he left off seven years ago at the Rotterdam Open, as the 2005 champion won 13 of the last 14 points on Wednesday in a 6-4 6-4 sweep of Nicolas Mahut.

The world No.3 and top seed then received an unexpected bonus as his scheduled second-round opponent Mikhail Youzhny of Russia withdrew with a foot problem sending the Swiss straight into the quarterfinals on Friday and a date with Jarkko Nieminen.

After losing in the Australian Open semifinals last month against Rafael Nadal, and a Davis Cup rubber at the weekend against American John Isner, Federer was thrilled with his 67-minute victory with one break per set of No.83 Mahut.

“Any win is a good win. Frankly, I’m glad to be in the quarterfinals,” said the 16-time grand slam winner.

“It’s always tough to make the change from clay but, after losing my last two singles matches, a win is great.

“I had to get used to the conditions quickly. It was a good start – I came through well. Nicolas is a tough player,” he said after his third defeat of the Frenchman without a loss.

The other two leading seeds joined Federer in advancing.

Both Berdych and Rosol won singles ties at the weekend as they helped their country into the Davis Cup quarterfinals and a date with Serbia.

But Berdych, seeded second, showed his clear superiority in the clash between countrymen.

“I’m satisfied,” the world No.7 said after advancing in an hour and a quarter with 10 aces and three breaks of serve as the pair met for the first time.

“It was indoors but still a tough transition from Davis Cup.

“Our court was much faster with lower bounce. I didn’t really have much time to train, but I coped with it pretty well. I was able to find my rhythm quite fast and was able to play my game.”

Llodra, ranked 47th, was fighting jetleg after flying in from France’s 4-1 Davis Cup victory at the weekend over Canada in Vancouver, nine time zones away.

Del Potro admitted he had trouble closing out victory.

“I was nervous in the last game,” said the South American, who returned to the top 10 after reaching the Australian Open quarterfinals where he lost to Federer.

“I’m really pleased to have won in my first match here.”