Matt Ebden's run of great form continues, with the Western Australian scoring a three-set win in his first match at the ATP event in San Jose, California. 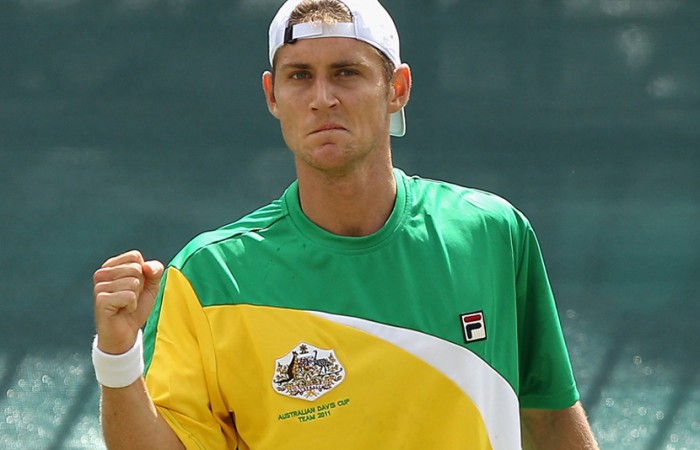 Australian Matthew Ebden has continued his strong start to the 2012 tennis season with a tough win over Israel’s Dudi Sela in the first round of the San Jose Open.

The result comes four days after the 24-year-old made a winning start to his Davis Cup career, beating China’s Ya-Nan Ma 6-2 6-2 in the first of the reverse singles matches in the Asia-Oceania qualifying tie in Geelong.

South African-born Ebden will meet South African world No.35 Kevin Anderson, the tournament’s fifth seed, in the second round.

Should he succeed there, a testing match against Canadian Milos Raonic is likely to await.

Ebden exited this year’s Australian Open in the second round, but caught the eye of plenty of pundits in an impressive three-hour five-set loss to eventual quarter finalist Kei Nishikori.

Meanwhile, American Ryan Harrison advanced to the third round in San Jose with a 4-6 6-2 6-3 win over eighth-seeded Olivier Rochus of Belgium.

The 19-year-old came from 3-1 down in the third set to win the final five games and take the match.