Roger Federer heads to Rotterdam for the first time in seven years hoping to shrug off Switzerland's disappointing Davis Cup performance against the United States. 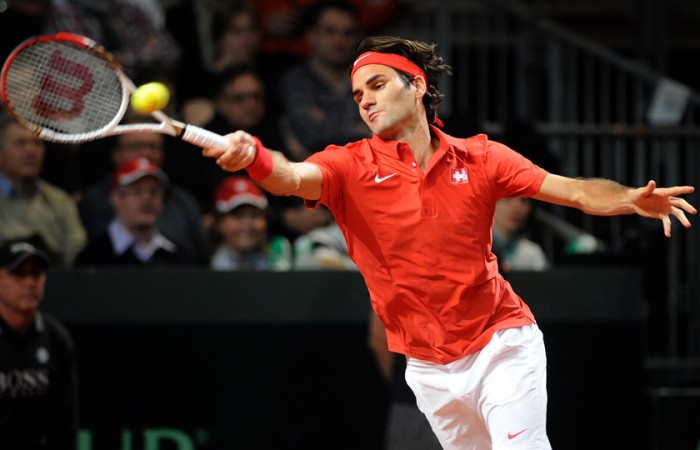 Roger Federer on Monday began putting his weekend Davis Cup disappointment well behind him as the popular Swiss made a return to the Rotterdam Open for the first time since winning the 2005 title.

The world number three and his family flew to the Dutch port city only a day after Switzerland suffered a 5-0 thrashing from the United States in Davis Cup play in Fribourg.

Adding insult to injury was the mis-translation of Federer’s French remarks into English after he and Olympic gold-medal partner Stanislas were beaten in doubles.

While Federer said: “I played a good doubles, and Stan not a bad one,” the remark was reported in English as Federer saying his partner played poorly.

But the Swiss said the matter has been put to rest along with any lingering memories. “It was a tough weekend for us, we were clearly not at our best at home,” said the 30-year-old, who begins Rotterdam play as top seed on Wednesday night against Frenchman Nicolas Mahut.

“It was a disappointing result. But I had a day to recover on Sunday and that helped. The Stan comment was taken completely the wrong way.

“I’d never say that, and I’ll move on quickly. I spoke with both (captain) Severin (Luthi) and Stan to make sure there is no misunderstanding.”

Federer will be competing at the Ahoy stadium for the seventh time in his career and is keen to come good after seven years away.

As the lone member of the tennis top four to play Davis Cup and planning to carry on this here week and later in Dubai, Federer said that he is working with a purpose this month.

“I tried to make Rotterdam happen in 2011. but it’s happening now. I just felt it was the right thing to do.

“I’m feeling healthy and have had no problems with my back (pain) from Doha. I’m perfectly fine after Davis Cup.”