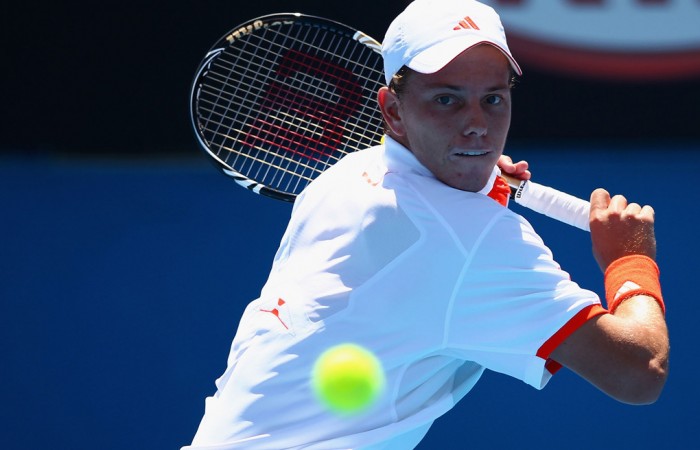 The AIS Pro Tour Program is a full-time on-the-road touring program promoting excellence in tennis and designed as the pinnacle of athlete development within the Tennis Australia pathway.

“The program offers athletes a range of support including superior coaching and comprehensive sports science and medical support to ensure they have the opportunity to achieve their full potential.

“We have already had a very exciting start to the new year with Luke Saville winning the Australian Open Junior Championships, James Duckworth winning main draw matches at the Brisbane International and the Australian Open, Ben Mitchell scoring wins over two top 100 players in Sydney and Jason Kubler winning Futures events in the USA.

“All the AIS scholarship holders have met full criteria and are tracking in their birth year to become top 100 players after producing sustainable results over the past 12 months. These are the players who deserve the full extent of resources and help that Tennis Australia and the AIS can provide,” Larkham explained.

“The program has also evolved to offer greater flexibility and this year will have a number of AIS visiting athletes who will integrate with the program.  Some of these players have or will hit full criteria this year, but still need to prove they can sustain performance at this level. We will also carefully follow the results of our National Academy athletes who are looking to step up this year and put themselves forward for inclusion into the program.”

“This year we have two scholarship holders – Naiktha Bains and Ashleigh Barty both tracking to be top 100 players. We will put the resources behind them so they can meet ranking benchmarks and have the best opportunity to achieve their full potential,” said Pratt.

“Sally Peers, Isabella Holland and Olivia Rogowska, scholarship holders from last year, have all progressed and graduated into the next level, which is a Fed Cup squad and this is a real positive from an AIS perspective,” Pratt continued.

The 2012 AIS athletes are as follows: