Australia completed a 5-0 whitewash over China in the Davis Cup Asia Oceania Zone One first round today. 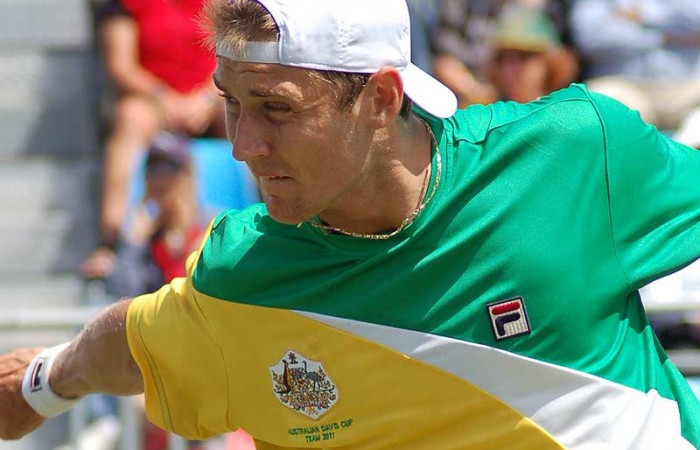 Australia closed out the Davis Cup tie against China 5-0 today after comprehensive singles victories by Matt Ebden and Chris Guccione.

Guccione played another flawless serve-volley match against Wu Di, sewing up the match 6-2 6-4 in 52 minutes.

Australia  progressed to the Asia Oceania Zone One second round of qualifying following straight sets singles wins on Friday by No.1 and No.2 players Bernard Tomic and Lleyton Hewitt over Wu Di and Zhang Ze respectively.

On Saturday, Hewitt and Chris Guccione defeated Zhang and Li Zhe 6-2 6-2 6-2 to seal the tie. The Australians will now play Korea in a home tie in 6-8 April for the chance to advance to a World Group play-off in September.

But captain Pat Rafter wasn’t revealing the preferred surface. “We can’t say anything yet but we’ve discussed what we want and it’s up to the guys at Tennis Australia to find that venue,” he said.

Nor was he familiar with the Korean players, deferring to Ebden for an appraisal of the task ahead.

“They are similar players to the Chinese,” Ebden said. “They play aggressive, hard and flat.”

Ebden has been part of the Australian Davis Cup squad for the past two years, but only last September against Switzerland was he named in the four-man team. And today was his first experience of playing a rubber, albeit a dead one.

” I’m starting to become really comfortable, and find myself belonging here. These are the best weeks of my year. I’m really happy to be a part of it,” Ebden said.

Building a strong team camaraderie is very much at the top of Rafter’s priority, and he hopes playing Davis Cup is the top priority for all his players.

“My intention last year is to try and create an environment where the guys are going, ‘you beauty it’s Davis Cup, let’s go.’ We’re starting to get that,” he said.