Australian No.2 Jarmila Gajdosova has pleaded with fans to give her another chance. 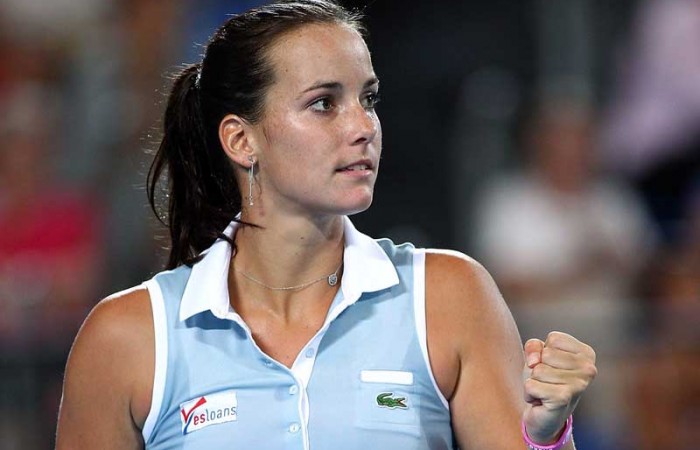 Australian No.2 Jarmila Gajdosova has pleaded with fans to give her another chance in the wake of her Hopman Cup humiliation.

Gajdosova will begin the defence of her Hobart International title just days after she was reduced to tears during a 6-0 6-0 loss to world No.9 Marion Bartoli in Perth.

The 24-year-old was jeered by sections of the crowd and accused of looking disinterested.

She admits the loss, and the reaction to it, both hurt.

“Every human being doesn’t like to be criticised and being told things that you don’t want to hear or that are not truthful,” she said.

“It’s hurtful after all.

“I’m no exception to the rule and I wish I didn’t (lose badly) but every person is entitled to their opinion and I can’t stop them.

“I just hope that people at least would give me a chance to get to know me before they say things that I did.”

World No.33 Gajdosova says she can bounce back and give herself a chance of nabbing a third WTA title and doing better than last year’s first round exit at the Australian Open.

“It was one of those days that unfortunately I had no control over,” she said of the loss to Bartoli.

“She didn’t give me a chance to get into the match or any kind of a rhythm so unfortunately everything went very quickly.

“As embarrassing as it was for me and I wish I didn’t have to be there at that time … you learn and you try and forget and it was one of the first matches so you try and improve out of it.

The tough start to her season comes after a difficult 12 months for the likeable Slovakian-born right-hander.

Gajdosova endured the break-up of her marriage to Sam Groth and threatened to close down her Twitter account because of abusive comments about her performances.

The fifth seed will begin her title defence in Hobart against Japanese world No.49 Ayumi Morita, the pair sharing a 2-2 record against each other.

“Every first round’s going to be tough,” Gajdosova said.

“Everybody’s trying to get ready for the grand slam.

“Either way it’s going to be a very good match.”