Kim Clijsters is sweating on MRI scans later Saturday to know how badly her Australian Open preparations have been thrown into disarray. 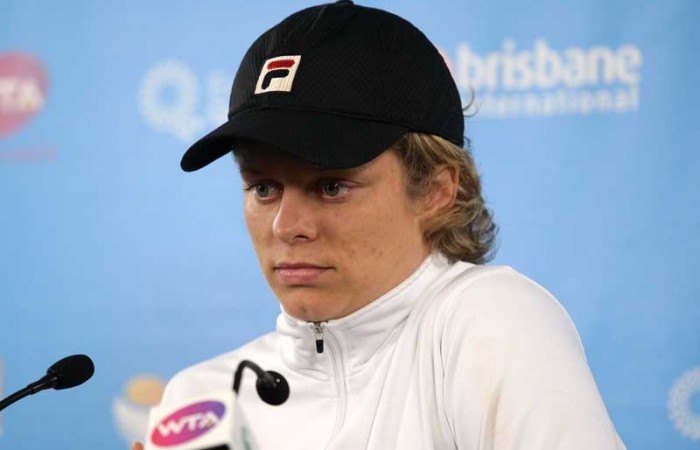 Kim Clijsters is sweating on MRI scans later Saturday to know how badly her Australian Open preparations have been thrown into disarray.

The defending champion at Melbourne Park, Clijsters suffered an injury scare on Friday night when she was forced to retire from her semi-final at the Brisbane International.

The world No.13 was leading Slovak Daniela Hantuchova 7-6 1-3 on Pat Rafter Arena when she called it quits with a left hip strain.

But Clijsters doesn’t believe her Open defence has been derailed – saying the injury, which she had once before in August 2010, didn’t feel too bad.

Results of scans will dictate how quickly she can start rehab but she expects to be close to 100 per cent for the January 16 start to the Open.

“With this one I kind of have an okay feeling,” she said.

“If everything comes out okay it should take a little (less than) a week to get completely healed.

“I felt my left hip was getting tighter and tighter to the point I couldn’t move forward with my upper body.

“The smartest choice was not to let it get any worse and try to be right for Melbourne.”

Hantuchova will play world No.34 Kaia Kanepi in the Brisbane final after she upset an off-colour third seed Francesca Schiavone 6-3 6-0 in the late semi-final.

Despite being the favourite, third seed Schiavone was blown off the court in 56 minutes as Kanepi set up what would have been seen as the most unlikely of finals at the start of the tournament.

The Estonian giant-killer, who also took out second seed Andrea Petkovic, lost only four points on serve against world No.11 Schiavone, who received treatment for a stomach upset, to book her second straight WTA premier event final after making the Moscow decider late last year.

“It’s an amazing feeling – playing well and to go this far in the tournament” she said.

“In previous years I’ve been a surprise player who can beat higher ranked (opponents) and lose to lower ones.