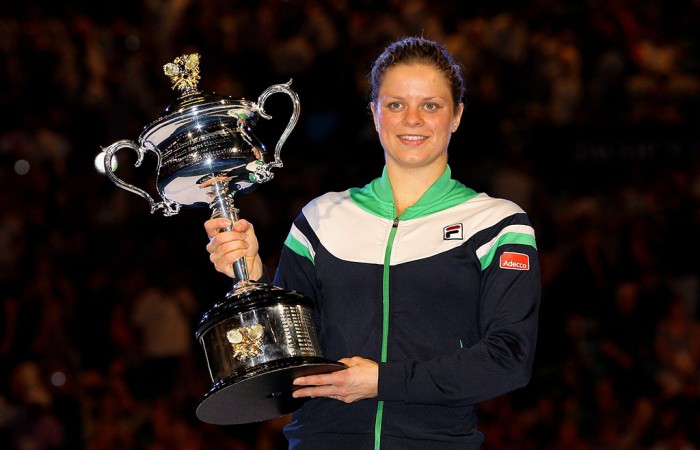 Former Grand Slam champion Kim Clijsters will return to Melbourne in January and launch an Australian Open initiative to celebrate inspirational women both in and beyond the sport of tennis.

In a Grand Slam first, Clijsters will join a panel including some of Australia’s most inspirational women from fields as diverse as human rights, medicine, the arts, media and sport. The group will be recognised in a special presentation on Thursday 28 January as part of women’s semifinals day.

“The more we can shine the international spotlight on these amazing women, the more it will encourage others to promote equality,” Australian Open Tournament Director Craig Tiley said today.

“Women’s semifinals day at the Australian Open is a fantastic showcase for women’s sport, with four of the world’s best female athletes battling for a place in the year’s first Grand Slam final. What better time to come together and celebrate women’s achievements.”

Australian Fed Cup captain and former world No.8 Alicia Molik said it was important for females to have access to the best possible opportunities both in sport and life.

“We are incredibly lucky in tennis that there are equal opportunities for men and women, and having a young daughter now has made me even more aware,” she said.

“It’s inspiring to see Craig [Tiley] committed to the Male Champions of Change program. He’s been a great supporter of mine in many ways, as a player coming back from serious illness and in making the transition from being a professional athlete to a coach and senior administrator.

“As an ambassador for our junior participation program, ANZ Tennis Hot Shots, I’m encouraged that we have an almost equal split of girls and boys involved in tennis and we continue to develop and improve our programs to keep girls and women engaged in the sport at all levels, including as social players.

“This naturally extends to my role as Fed Cup captain, where I work with both our elite women and talented emerging players.”

Tiley said tennis, as one of the only professional sports offering equal opportunity, exposure and prize money, had a leadership role to play in promoting gender equality. He has committed to the Elite Sports Male Champions of Change program and is passionate about creating more support and opportunity for women.

“Significant and meaningful change on this issue is long overdue. Sport is uniquely placed in our community and has the power to have an impact so deep and wide-ranging that gender equality can cease to be a problem for future generations.”

The Australian Open’s inaugural Celebration of Inspirational Women brunch, presented in association with ANZ, will take place at the Glasshouse, Olympic Park at 10am on Thursday 28 January, with a panel of distinguished guests.

The women’s semifinals commence at Rod Laver Arena at 1.30pm, with a special ceremony taking place on court between matches.