What’s a lucky loser? Why might a player be relying on a wildcard? And how do they go about earning a seeding? The latest in our tennis explanation series helps explain some key tournament terms. 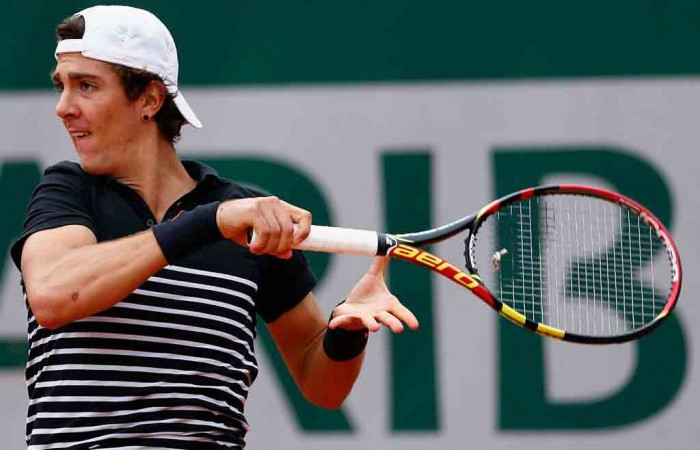 The big-serving Ivanisevic, three times a Wimbledon runner-up, had tumbled outside the top 100, too lowly ranked to even make the main draw at his signature slam in 2002 before his name would be engraved on the winner’s trophy by the fortnight’s end.

Clijsters, while having tasted major success already at Flushing Meadows four years earlier, was returning to compete two years after a premature tour hiatus and with a daughter now in tow. She didn’t even have a ranking when she embarked on her title run at the 2009 US Open.

Both hold the honour of being the only wildcard recipients to go all the way at a Grand Slam.

In both instances, tournament organisers laid their faith in the pair’s previous successes and let’s face it, their ability to pull a crowd and spark media interest.

Wildcards are typically reserved at tournaments for players not ranked high enough to gain automatic entry. Occasionally they will be granted last-minute in the event of a big-name player deciding to make a late entry while others are granted to a former great or a player returning from injury, hence Ivanisevic and Clijsters successfully getting the nod.

Usually though they are reserved for players from the host country – be it a promising junior or a hard-working player on the cusp. Considering a first-round loser at the Australian Open will walk away with $34,500, a wildcard for such a player can be a huge leg up.

A reciprocal agreement between the tennis federations of Australia, France and the United States ensures a wildcard to a player from each of these countries outside the host country’s respective Grand Slam.

Thanasi Kokkinakis (pictured), for example, was granted Australia’s wildcard at this year’s French Open, however his results in the six weeks after the direct entry cut-off date saw him surge to No.83, a ranking that meant he could have avoided relying on the wildcard.

A part of the draw far less discretionary and at the other end of the player spectrum is seedings, based on the player’s most recent 52-week ranking at the entry deadline and designed so the top-ranked players avoid playing each other until the later rounds. For a grasscourt specialist, such as Ivanisevic, he always faired better on this front at Wimbledon often seeded higher than his ranking .

As it stands, Wimbledon is now the only tournament where the seedings do not necessarily match the player’s ranking at cut-off date. While no longer discretionary, Wimbledon’s seedings have been overhauled in recent years to become a combination of ranking and points notched up on the grass over the previous two years.

Seeds are placed in the draw so that the top two can’t meet before the final, the top four before the semifinals, the top eight before the quarterfinals and the top 16 before the round of 16. In response to claycourters protesting their lowly seedings at Wimbledon, in 2001 the All England Club extended their seedings to the top 32. The other slams, as well as Miami and Indian Wells followed suit. It has meant a player once ranked No.17 no longer has to fear going in unseeded and potentially meeting the world No.1 in the first round.

Roger Federer is one player who said he wouldn’t mind seeing a return to the old top-16 seeds, but world No.1 Novak Djokovic – who never played under the old system – sees no reason to switch back.

“Well, there’s 128 players in the draw, so I guess the 32 seeds is still fair, in my opinion, because, you know, you’re at least in the opening rounds avoiding to play somebody that’s top 30 in the world,” Djokovic said.

If there is an allure about the underdog surrounding a wildcard, surely the ultimate underdog must be the lucky loser. Here is a player who has won through to the final round of qualifying only to fall at the final hurdle. Not to wish injury on their rivals, they are left to sign in and quietly hope someone withdraws at the beginning of the tournament. In the majors there are 16 final-round qualifying losers, with the highest-ranked being the first cab off the rank.

Ukraine’s Lesia Tsurenko is one player who made the most of her good fortune when Maria Sharapova withdrew on the eve of the 2013 Brisbane International. Remarkably, she received the call-up as two higher-ranked qualifying losers did not sign in by the deadline. Tsurenko would go on to reach the semifinals, catapulting her up to No.83 in the world.

Seven men and one woman have won a title as a lucky loser from qualifying. We’re still waiting on the first lucky loser to win a Grand Slam.