Everything seems to be falling into place for Kim Clijsters to clinch a staggering 42nd WTA title at the Brisbane International. 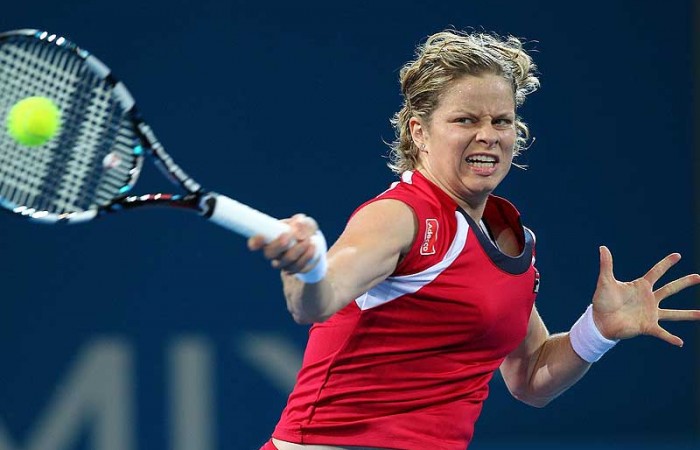 Everything seems to be falling into place for Kim Clijsters to clinch a staggering 42nd WTA title at the Brisbane International.

But try telling her that.

The path to the Brisbane final has cleared dramatically for fifth seed Clijsters in recent days.

Sam Stosur’s second round departure robbed Clijsters of a quarterfinal showdown with the US Open champion.

And a potential semifinal clash with Serena Williams crashed and burned when the 13-time grand slam winner withdrew with an ankle injury.

But world No.13 Clijsters was hardly counting her blessings ahead of Friday night’s semifinal against Slovak Daniela Hantuchova.

“I don’t think like that at all,” the former world No.1 said.

“What happened to Serena was terrible.

“And in Sam’s case (Stosur’s conqueror Iveta) Benesova deserved to win that.

“I know you guys say ‘you didn’t have to play Sam in the quarters or Serena in the semis’ but that’s sport – nothing is predictable.”

Clijsters, 28, missed out on a timely pre-Australian Open hit-out against Stosur and Williams at the Brisbane International.

But she did not believe her preparation for the year’s first grand slam would suffer.

Indeed Clijsters claimed she had to bring her “A” game to down Benesova 6-3 6-2 in Thursday night’s quarter-final.

And Clijsters – the 2010 Brisbane champ – believed it would be more of the same against world No.24 Hantuchova.

“I think it is going to be a similar situation (as Benesova) – she is a very good ball striker,” she said.

Only one other active player has won more WTA titles than Clijsters – Venus Williams with 43.